Wolves rebound in game 2 to split with EC 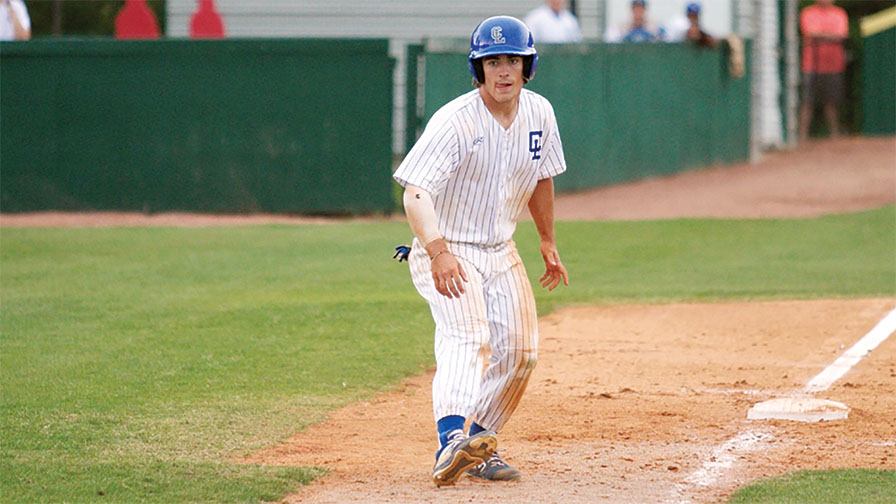 The Copiah-Lincoln Community College bounced back big in game two versus East Central Wednesday night to earn the split. After falling the opener 8-5, the Wolves responded with a 3-1 victory in the nightcap, which could have major playoff implications down the line.

The split moves Co-Lin to 19-16 overall and to 10-12 in league play. The Wolves are just one spot out of the playoffs as it stands, and the team will face Mississippi Delta Saturday, at 2 p.m. and 5 p.m. at Sullivan Field in Wesson.

The Wolves outhit the Warriors 11 to nine in the opener but ultimately fell to ECCC 8-5.

An RBI single and RBI groundout put the Warriors on the board in the top of the first 2-0, but Ryan Zimmerman got one back for Co-Lin with a towering solo homer in the bottom of the frame.

ECCC had a big third inning as a sac fly, an RBI single, and a two-run homer quickly grew the Warriors’ lead to 6-1.

After an uneventful fourth, ECCC pushed the lead to 7-1 with another homer, this time a solo shot in the top of the fifth.

The Wolves fought back in the bottom of the sixth as Brooks Italiano got a rally started with a leadoff single. Thomas Slagle scored Italiano with a two-run homer to left to cut into the Warriors’ lead, 7-3. Konner Allen also drove in a run in the frame as a single from the freshman scored Mark Hubbard making it 7-4.

ECCC was not done as the Warriors scored another in the top of the seventh on a double.

Co-Lin’s final run came in the bottom of the seventh off a massive home run from Zimmerman, his second of the game. The solo homer cut the lead to 8-5 but was the final run for either team in the contest.

The Wolves saw the ball well at the plate but left 10 runners on base in the game.

Allen got the start and the loss for the Wolves as he lasted four innings, allowing seven hits and seven runs while striking out four and walking zero. Jay Smith and Thomas Smith both entered the game in relief. Jay struck out two and surrendered no hits, while Thomas fanned four and gave up two hits.

Zimmerman’s two solo homers and Slagle’s two-run shot tied the pair of sophomores for most RBIs with two, while Justin Johnson joined Zimmerman with a team-best three hits.

Game two of the twin bill was much more of a defensive effort by both clubs as the teams combined for eight hits, five for Co-Lin and just three for ECCC. Conner Ingram controlled the game on the mound for the Wolves as he went the distance to earn the win. The sophomore went seven innings, allowing one run on three hits and striking out five.

The Wolves were the first on the board in as Hubbard drove in a run in the bottom of the second on a fielder’s choice RBI.

ECCC quickly knotted the game at one-all in the top of the third with a leadoff single eventually scoring on a wild pitch.

Co-Lin immediately got the lead back in the bottom of the third. With runners on the corners, Italiano ripped a single to put the Wolves on top 2-1. Slagle followed with another RBI single to push the lead to 3-1.

Slagle led the Wolves at the dish with two hits, Italiano, Trey Frierson and Hubbard all posted one.