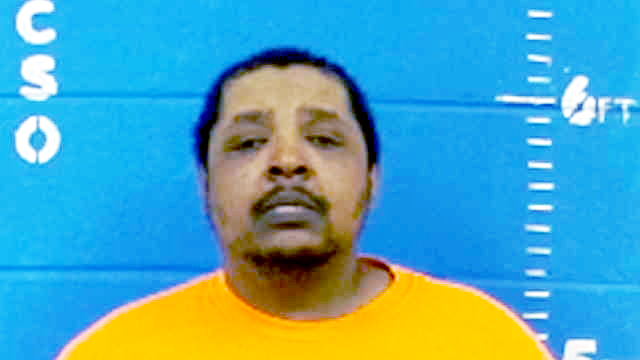 Bond was set Tuesday for a Brookhaven man accused of shooting to death his wife Sunday morning before dawn.

Charles Antoine Wilson, 48, remains in Lincoln County Jail on manslaughter charges in the shooting death of his wife, 36-year-old Maya Brown Jackson Wilson. Brookhaven Municipal Judge Brad Boerner didn’t consider Wilson a risk and settled for a bond of $250,000, which is on the low end of the state’s recommended range, he said.

Wilson was dressed in an orange jumpsuit as he faced Boerner in Brookhaven Municipal Court Tuesday afternoon. Municipal court is held in the Lincoln County Justice Court building. Wilson wore handcuffs on his wrists, which were shackled to a waist chain.

Boerner read the charges to Wilson and scheduled a preliminary hearing for him for next week “to determine if there is probable cause to justify your being held on that charge.”

Wilson is charged with manslaughter in the shooting death of 36-year-old Maya Brown Jackson Wilson. Manslaughter, as defined by Mississippi Code 97-3-25, is killing without malice in the heat of passion, but in a cruel or unusual manner, or by the use of a dangerous weapon, without authority of law, and not in necessary self-defense.

Before setting bond for Wilson, he asked him a series of questions pertaining to his residency, employment and connection to family. He set bond on the lower end of the recommended range.

“You’re a lifelong resident of Lincoln County, employed here with family here, and I don’t know you so that means you are not a regular in criminal court,” Boerner told Wilson. “Based on that, I don’t believe that you’re a flight risk. I don’t believe you have a high propensity to commit another crime. I’m going to set bond on the lower end of the scale at $250,000.”

Boerner researched the range for bond amounts on his cell phone, before setting the amount.

“This is not one of those charges that comes up very often,” he said.

He’ll reconsider the bond amount at the preliminary hearing if Wilson has not posted bail by that time.

Wilson said he does not have an attorney, but admitted to a 401K retirement account when Boerner asked if he had the means to hire legal counsel. The judge encouraged him to hire an attorney prior to the preliminary hearing next week. If he has not by then, a public defender will be appointed to his case.

If convicted of manslaughter, Wilson can be fined at least $500 and be jailed in Lincoln County Jail for no more than a year, or both, or in the penitentiary not less than two years and no more than 20 years, according to Mississippi code.