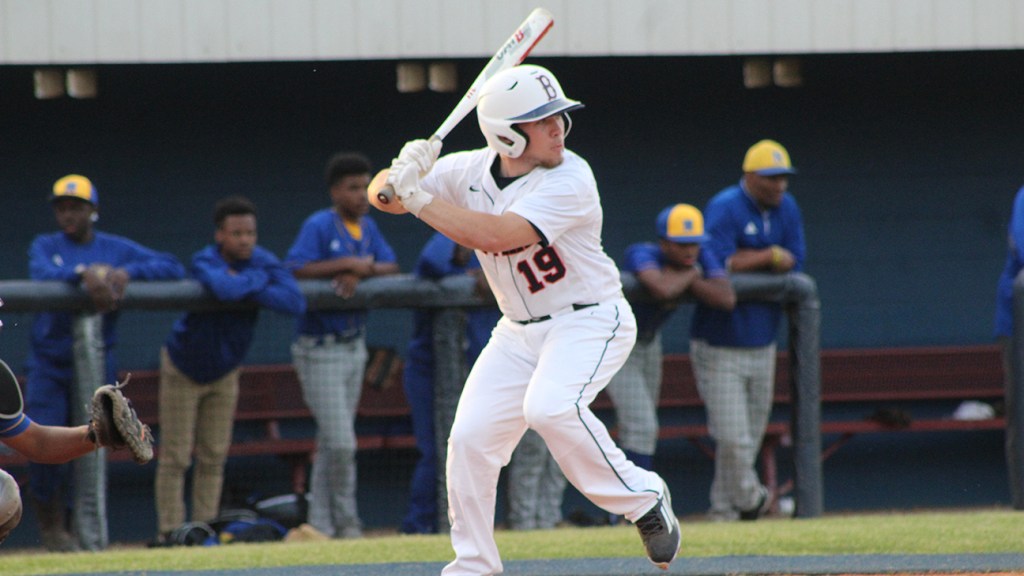 With their 5A playoff series tied one game each, the Brookhaven Panthers (15-11) hosted the North Pike Jaguars Monday night in a pivotal winner-take-all game three.

BHS jumped out to a strong lead but saw their season come to an end as North Pike came from behind and scored six runs in the sixth inning to take an 8-7.

North Pike (15-9) moves on to play against Pearl River Central in the south state semifinals. The Jaguars and Blue Devils (21-10) are both members of Region 7-5A and PRC won two out of their three regular season meetings.

“It was a tale of two games,” Panthers coach Matt White said. “Early in the game everything went well for us and we built a good lead. North Pike, which is a good team, battled back. The kids played hard all year and are the reason we made it this far. I tip my hat to North Pike.”

The Panthers answer in their half of the second, batting two runs across the plate. With two outs, Ole Brook catcher Gatson Walker singled to center field. Jacob Smith then scored Walker with an RBI single into left field. Dylan Reeves then brought Smith home with an RBI single.

In the third, a single by Sevante Quinn scored Lane Smith. BHS went up 4-1 in the fourth when Corbin Falvey took home plate on a pitch that sailed past the catcher.

North Pike attempted to cut into the lead in the fifth, loading up the bases with two outs, but could only bring one run across the plate off a balk.

Quinn reached first on a Jaguars error to start the BHS half of the fifth. Jacob Smith reached after getting hit by a pitch. Reeves singled on a hard ball past the NP first baseman to score Quinn and put Smith on third.

Will Mayfield was inserted to run for Smith and scored on a two-out RBI single by Byrion Robinson. Robinson then stole second and a balk by the North Pike pitcher scored Reeves for the final BHS run of the night as the Panthers had pushed across three in the frame to go up 7-2.

Brady Johnson then hit a triple into right field and later scored on a wild pitch to put NP up 8-7.

Maney Miller started the game for BHS and gave up two earned runs on one hit over 4.2 innings of work. The freshman threw 104 pitches and struck out six while walking seven. Jacob Smith was charged with the loss in relief after giving up seven hits and five earned runs. BHS junior Matt White pitched the final inning and gave up zero hits.

Howell, who was pitching in relief, picked up the win for the Jaguars.

“I’m proud of the seniors,” he said. “We averaged 18 wins a season in the last three years and won our region three out of four seasons and that’s because of all the hard work the guys did. This game gets you ready for life and I hope it prepared them. We might have lost today, but hopefully we can win tomorrow in life.”