Wolves at the wrong end of two 1-run games 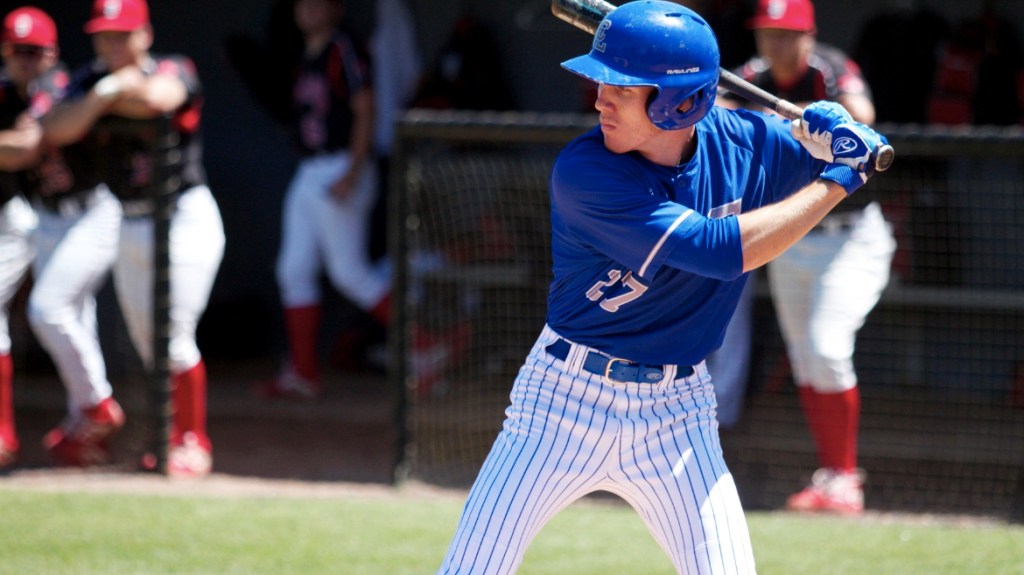 Photo by Co-Lin Sports Information Sophomore Ryan Zimmerman squares up at the plate against Mississippi Delta earlier this week for Copiah-Lincoln.

The Copiah-Lincoln Community College Wolves dropped two heartbreakers to Hinds Tuesday night as Co-Lin battled with the Eagles in Raymond. Hinds escaped the games with a 4-3 walk-off win in game one and an 8-7 back-and-forth victory in the second game.

The two losses move the Wolves to 21-18, 12-14 on the year and improve Hinds to 25-16, 13-13. The Wolves’ final regular season series is set for Friday as Co-Lin hosts Meridian at Sullivan Field. First pitch of the twin bill is set for 3 p.m. Co-Lin’s sophomore players will also be recognized before the game for their last homestand.

Hinds took an early 2-0 as a sacrifice fly in the first and an RBI single in the second put the Eagles in control.

The Wolves bounced back in the top of the third with Trey Frierson leading off with a single. In the middle of the third, Co-Lin led by one, 3-2.

The contest turned into a pitching duel over the next several frames until Hinds hit a solo shot to lead off the bottom of the seventh. The homer tied the game at 3-3.

The Wolves were unable to push across any runs late in the game and going into the bottom of the ninth the game was still knotted at three-all. The Eagles got two on after both players were hit by pitch in the final frame. Hinds’ John Bolton roped a single to score the go-ahead run and secure the 4-3 victory for the Eagles.

Hinds once again had a good start in the second game as a pair of RBI doubles put the Eagles on top 2-0. An RBI single later in the bottom of the first grew the lead to 3-0.

A productive second inning put Co-Lin just one back, 3-2.

The Wolves refused to give in and roared back in the top of the fifth with a five-run frame. The big inning knotted the game at 7-7 going into the bottom of the fifth.

With the bases loaded in the bottom of the fifth, the Eagles drew a walk to grow their lead to 8-7, a score that would hold until the end of the game.

Hubbard led the Wolves with two hits, while Jay Smith took the loss for Co-Lin on the mound.