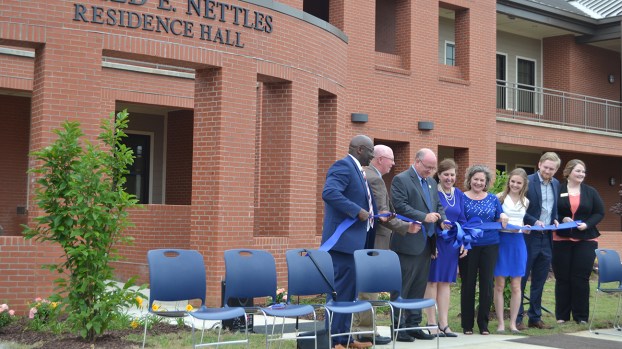 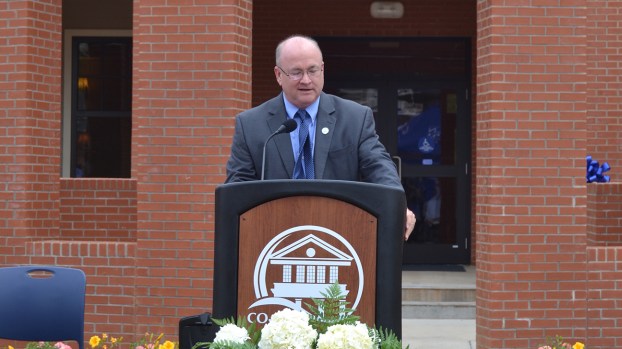 Ronnie Nettles’ children said their dad — the former president of Copiah-Lincoln Community College — tried to downplay the magnitude of the event held in his honor Thurday — the dedication of a building bearing his name.

“He was very casual about it, but it’s a big deal,” said 25-year-old daughter Jordan, of Ridgeland.

Nettles’ legacy will live on at the Wesson campus as college officials dedicated the new Ronald E. Nettles Residence Hall, the college’s new women’s honors residence hall. Former Co-Lin Presidents Billy B. Thames and Howell C. Garner, Board of Trustees Chairman Tommy Sasser, and current Co-Lin President Jane G. Hulon spoke to the crowd of about 100 people gathered outside the completed residence hall. A reception was held in the Anderson Building following the ceremony.

“When I look at the name of this building, it will remind me of the dedicated faculty, staff, students and administrators here,” Nettles said. “They made this dedication possible by their work in the classrooms, libraries, locker rooms, offices, and in the community. It’ll remind me of their work, their vision, and their recognition that what we did at Co-Lin made a difference in the lives of students.”

The 22,169-square-foot, two-story residence hall has 28 double bedrooms, enough room for 56 students, study areas, laundry facilities, an apartment for the residence hall supervisor, and an elevator. Each room has a private bath, single beds, armoire, desk, chair and internet and cable access.

Nettles Hall is located in the center of campus, providing easy access to the cafeteria, instructional facilities, and student services. Students living in the honors residence hall must have a 21 or above ACT composite score and maintain a 3.0 grade point average.

Architecture South, P.A. was the architect for the $5 million project, with Paul Jackson and Son, Inc. of Brookhaven serving as the general contractor. The Bureau of Building, Grounds and Real Property Management and the Department of Finance and Administration oversaw the construction project.

“I am flattered to have a residence hall named in my honor, but I had a friend tell me, ‘I thought that they named buildings after people who were deceased,’” he said. “That may be true, but I want to tell you it’s a lot more fun to be here in person.”

The occasion was witnessed by Nettles’ family, including his wife, Rosie, two grown children and his mother, Esther. A recent heart attack kept his father, Ronald Nettles Sr. from attending.

Nettles served at Copiah-Lincoln Community College from 1994 until 2018. He was named director of community and economic development on the Wesson campus from 1994 to 1997, and then served as dean of the Natchez campus from 1997 to 2004. Nettle returned to the Wesson campus as executive vice president in 2004 and served as the seventh president of Co-Lin from 2008-2018.

During his tenure as president, Co-Lin saw growth in enrollment to an all-time high and instituted new instructional programs and services. His tenure also saw the construction of several new buildings including the Howell C. Garner Instructional Building in 2011, the Eugene Bates Men’s Residence Hall in 2012, the Stone Stadium Press Box in 2014 and the Early Childhood Education Building in 2015.

He was inducted into the Co-Lin Foundation Hall of Fame, along with his wife Rosie, in 2016.