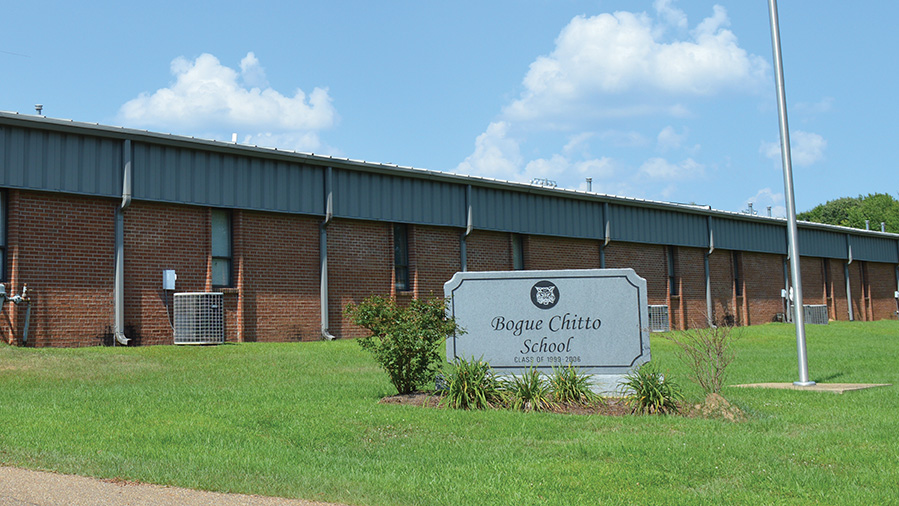 Law enforcement officers responded to a threat of gun violence at Bogue Chitto Attendance Center shortly after classes started today, but determined the threat was unfounded. Lockdown was lifted by 9:30 a.m.

The school entered safety lockdown protocol. After interviewing several students and searching buildings, it was determined that a threat had not been made toward any other students, no weapons were found and no one was injured, Rushing said.

Principal Scott Merrell said several parents came to the campus just after classes started to check out their children based on text messages that were circulating from other parents that a student had threatened to shoot others at the school.

Merrell said the school went into a precautionary lockdown, in which the doors are locked at all entrances and children are kept inside in undisclosed locations. Lessons are suspended and children sit and remain quiet during lockdown, he said.

Merrell said school administrators and deputies determined the initial “threat” had not been made toward other students but to a student who indicated he could hurt himself because of an argument with another child.

The child’s parents were notified, he said.

Merrell said he called for lockdown as a precaution.

“I’d rather have to say I’m sorry for the inconvenience than I would have to apologize for a child being injured in any kind of way,” he said.

By lunchtime, about a third of the more than 700 students had parental check-outs, he said.

Deputies will continue to be on and around campus throughout the day as a precautionary measure, Rushing said.