No injuries in BPD cruiser accident 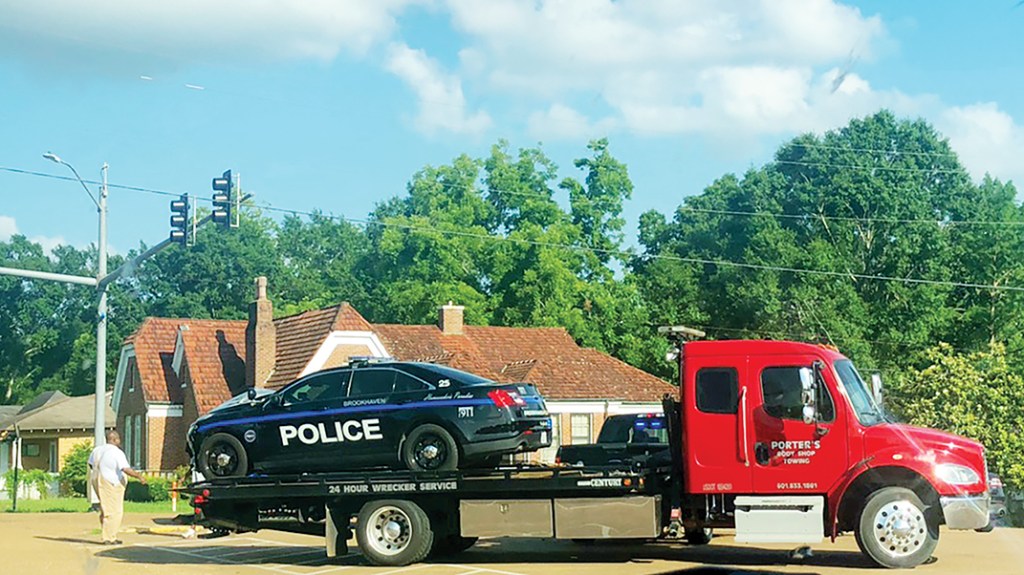 Photo by Kristie Champagne Brookhaven Police Chief Kenneth Collins surveys the damage to one of the department’s patrol cars following a two-car crash at East Monticello and South First streets.

No one was injured in a two-car collision Wednesday that involved a Brookhaven police cruiser.

A Brookhaven patrol officer was responding to a call at Brooks Apartment concerning an individual who had been asked to leave the complex but had returned, Sgt. Jonathan Alford said. She was traveling east on East Monticello Street with her siren and blue lights activated just before 5 p.m. The officer’s car struck a Ford Taurus as the driver headed south on South Second Street.

Alford said it appears the driver of the Taurus failed to yield to police emergency lights. Both vehicles were towed from the scene.

The accident remains under investigation.