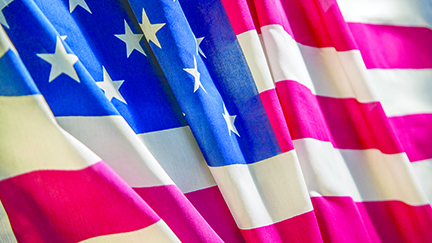 Starting today and ending Monday, the Veterans of Foreign Wars and the American Legion will host activities to celebrate the lives of fallen veterans.

Marlow has been involved with the VFW for five years now. He served in the Army for 22 years and fought in Desert Storm.

The VFW will hold its annual Memorial Day ceremony in front of the Lincoln County-Brookhaven Government Complex Monday at 10 a.m.

Hannah Henderson has been chosen as the event’s guest speaker.

At the ceremony, the names of the fallen Lincoln County veterans will be read. It will end with a playing of taps.

For Marlow, reading the names during the ceremony is most important.

“It’s about celebrating their lives and keeping their names alive,” Marlow said, “That’s why we read them off at the Memorial Day ceremony.”

At 8 a.m. today, members of the American Legion will place small American flags on veterans’ graves in Rosehill Cemetery and others around town.

Post Commander Keith Reeves estimates at least 500 flags will be planted by American Legion members. Churches or cemeteries can request flags from the American Legion to distribute for the holiday.

Reeves has been a member of the American Legion for 38 years, and he currently serves as post commander.

He was in the Army Reserves for six years and served during the Vietnam war. He has been in the Mississippi Guard for 27 years.

“When I go to the Memorial Day event and look at that monument and hear those names, it just brings back memories,” Reeves said.

Members of the VFW will hand out red poppies today at Brookhaven Walmart from 8 a.m. to noon.