Be smart, stay cool during the summer 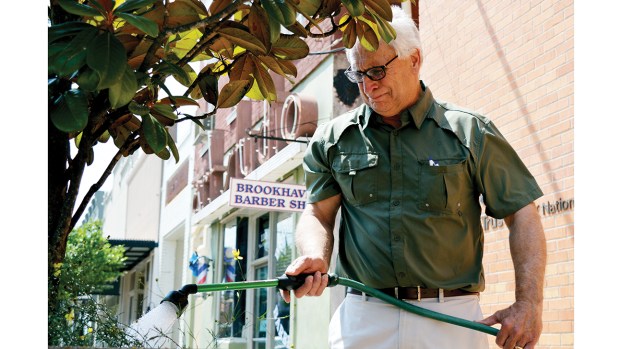 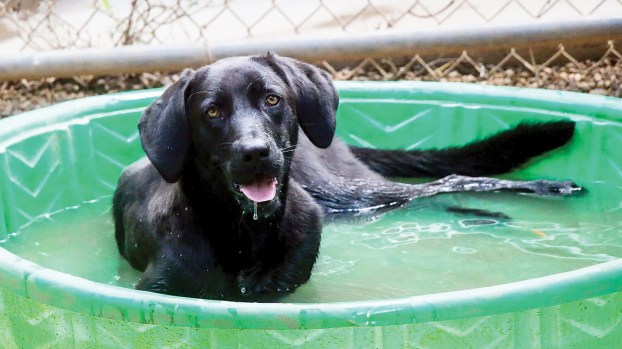 Photo submitted A dog previously up for adoption cools off in a kiddie pool at Brookhaven Animal Rescue League’s facility.

Summer’s official start is still a little more than two weeks away, but you wouldn’t know it after a few minutes outside.

June in Mississippi is oppressively hot and it’s not just uncomfortable, it can be deadly without plenty of shade and hydration — and that goes for people, plants and pets.

“It’s nothing unusual what we’re seeing right now,” he said.

Lincoln County temps have been in the low-to-high 90s lately, though rainstorms this week will drop the temps into the mid- to high-80s through next week.

Brookhaven Police Chief Kenneth Collins said one precaution may not only keep someone from getting arrested, it could save a life — don’t leave children in cars unattended.

According to the Centers for Disease Control and Prevention, even when it feels cool outside, cars can heat up to dangerous temperatures very quickly. Leaving a window open is not enough — temperatures inside the car can rise almost 20 degrees within the first 10 minutes, even with a window cracked open.

It’s not only dangerous, it’s a criminal act, Collins said.

“We can arrest them (adults) for leaving them in the hot car,” he said. “Somebody could kidnap them. Anything could happen. Why would you leave your kids sitting in a car? It doesn’t take but a second to steal a car and then they look back and see a child and the next thing you know you’re missing a child.”

Hot weather can also be dangerous for senior citizens.

Older adults do not adjust as well as young people to sudden changes in temperature, the CDC report advised. Senior citizens are more likely to have a chronic medical condition that changes normal body responses to heat. They are more likely to take prescription medicines that affect the body’s ability to control its temperature or sweat.

• Stay in air-conditioned buildings as much as possible. If your home doesn’t have air conditioning, visit somewhere that does, such as a family member’s home, the Lincoln County Public Library or the Furlow Senior Citizen Center on South First Street in Brookhaven.

• Do not rely on a fan as your main cooling source when it’s really hot outside.

• Drink more water than usual and don’t wait until you’re thirsty to drink. If your doctor limits the amount of fluids you drink or has you on water pills, ask him how much you should drink during hot weather.

• Don’t use the stove or oven to cook — it will make you and your house hotter.

• Take cool showers or baths to cool down.

• Do not engage in very strenuous activities and get plenty of rest.

• Check on a friend or neighbor and have someone do the same for you.

Plants can also be in need of extra attention when it’s hot.

Mississippi State Extension Service Agent Rebecca Bates said if rainfall is low for a given period of time, be sure to take care of your plants.

“Extra water and mulch will greatly conserve moisture in the soil,” Bates said.

Taking care of farm animals and pets during the summer months is important, too.

“As long as farm animals have ample water and shade, they should be fine,” Bates said.

For pets such as cats and dogs, keeping them hydrated is vital. For indoor pets, limit their time outside. For outdoor pets, provide plenty of shade and water.

“In addition to not leaving your dog in a parked car, don’t walk your dog on asphalt. It will burn, rip their paw pads — it’s terrible,” said Beth Adcock with the Brookhaven Animal Rescue League.

Taking care of outdoor dogs is especially important, as they don’t have access to cooler air like indoor dogs.

“We can’t reiterate enough, that when pets are outside, shade and fresh water are life-savers.  And, a dog house is not adequate shade. It basically becomes a sauna in the heat,” BARL board member Rusty Adcock said.

Finally, taking care of yourself is important too. Hydrating with water or a sports drink will keep your body at a normal temperature and help prevent dehydration, according to the National Safety Center.