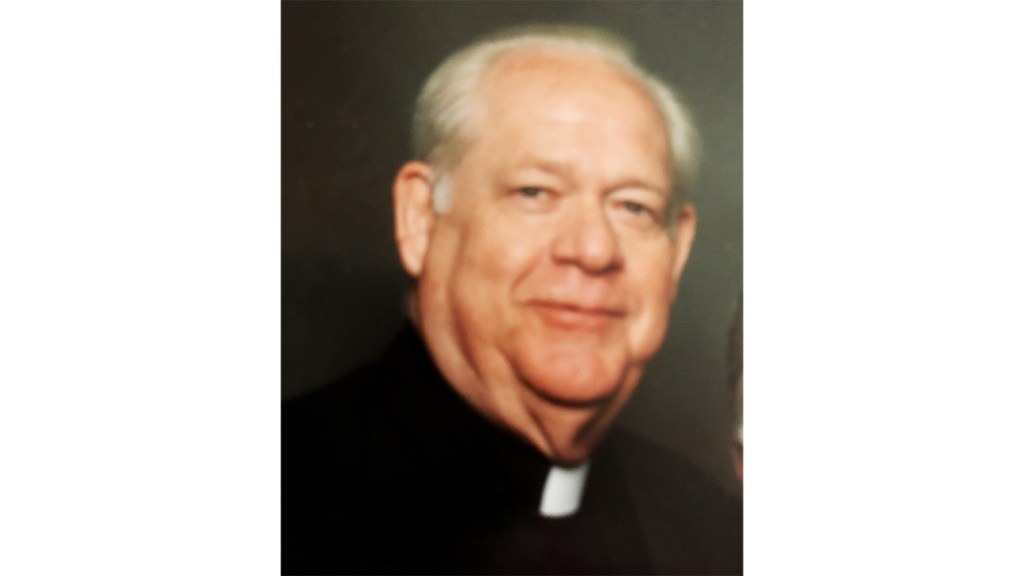 Surrounded by his children and grandchildren, the Rev. Frederic William Reese, 86, passed from earth’s bond as his soul was lifted into eternal life on Wednesday, May 15, 2019.

An Episcopal priest for more than four decades, Fred influenced the lives of hundreds of friends, congregation members and people who sought and needed his comfort.

Fred was preceded in death by his loving wife, Laura, in 2006. They were residents of Spring, Texas. He is survived by his daughter, Barbara, son, Tom, son-in-law Frank, daughter-in-law Joyce, five grandchildren and six great-grandchildren.

Fred was veteran of the U.S. Air Force, received his bachelor’s degree from Mercer University and Master’s of Divinity from the Episcopal Theological Seminary in Lexington, Kentucky.

Fred’s first parish was St. Thomas Episcopal Church in Beattyville, Kentucky. Fred was also a social worker in the Appalachian Mountains of Eastern Kentucky, a job that sometimes placed him in a precarious situation dealing with moonshine still operators. He reflected on the time as one of growth and self-awareness, he joked.

While in Kentucky, he became an ardent fan of the University of Kentucky basketball team meeting players such as Pat Riley and Louie Dampier; a lifelong passion of the Wildcats that lasted until he took his last breath.

Years later, he received the call to minister Trinity Episcopal Church in Lumberton, North Carolina. In the turbulent late 1960s, Fred was a civil rights activist, marching in rallies supporting the rights of minorities and the Lumbee Native American tribe. Fred also served as an elected member of Lumberton school board for several years. He also was a voice for the oppressed serving as a board member of the mental health society in Lumberton.

In 1972, Fred was called to continue the growth of the Episcopal Church of the Good Samaritan in west Knoxville, TN. As the area expanded, the congregation grew and he helped envision the building of a beautiful sanctuary, which incorporated the outside beauty of nature into the worship atmosphere.

Continuing his ministry, Fred chose to move to northern Mississippi and serve as pastor to Christ Episcopal Church in Holly Springs, MS. A small congregation, he said that time served as one of reflection and peacefulness. His wife, Laura, was instrumental in the restoration of the antebellum rectory, starting with a much-needed new roof.

Seeking a new challenge, Fred accepted the position of vicar for Church of the Redeemer in Brookhaven, Mississippi, in 1982. Fred and Laura loved the congregation, town and welcoming social life of a small southern town. He said living in Brookhaven was among of the best years of his life. A dedicated social activist, Fred served as chairman of the Southwest Mississippi MHMR board and helped create a community food bank.

All throughout his ministry, Fred played an active role in the summer youth camp programs in several diocesan centers. He also held multiple leadership roles in community ministerial associations and was active in Rotary and the Lions Clubs.

In retirement, Fred and Laura moved to Spring, Texas, to be closer to family in 1999. He also served as assistant priest at Church of the Good Shepherd in Tomball, Texas.

After the passing of Laura in 2006, he moved back to Brookhaven, Mississippi, where he continued to enjoy retirement and travel overseas. He also continued fellowship with his seat at poker tables with two groups in Brookhaven.

A change in health dictated a move back to Texas where he lived with family who cherished his presence. His wit was also present when he loved to question his nurses as to the height of Mount Everest and how far the distance to the moon was.

Fred was a lifelong mentor, benefactor, friend and source of comfort to countless people in the communities he lived in and served. His wit, wisdom, dry sense of humor and guidance will be missed by everyone he touched.

The service for the Rev. Frederic William Reese is set for 11 a.m. Saturday, June 15, at Episcopal Church of the Redeemer in Brookhaven, Mississippi, with a reception to follow. The Rt. Rev. Brian R. Seage will officiate the ceremony.