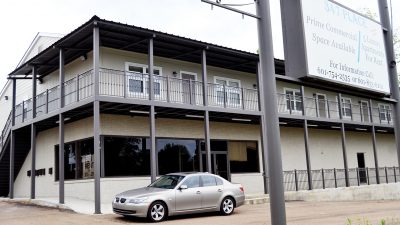 The board sought to clarify the language allowing a special exception for first-floor apartment occupancy within the C-2 zoned central business district.

The zoning amendment was approved 4-0 at the 15-minute meeting. Ward 2 Alderman Shannon Moore, Ward 3 Alderwoman Mary Wilson and Ward 6 Alderwoman Shelley Harrigill were not present for the special-called meeting.

Aldermen voted to clarify the amendment to require that a fire inspection be performed by the city’s fire marshal/inspector and a written report provided that shows the facility will meet all fire code requirements if the special exception is granted.

The individual seeking the exception should get the inspection results first before proceeding.

“All the paperwork should be done before they appear before the (Brookhaven) Board of Adjustments,” city attorney Joe Fernald said. “They should have everything in their hands before they get there.”

Several occupied homes, which were businesses in the past, are grandfathered in, he said.

The issue came up last month when Jim Elliott and Amanda Warren appeared before the Board of Aldermen May 7 to request aldermen tweak the city’s ordinance that would allow them to create two apartments on the bottom floor of their commercial building at 347 West Cherokee St. The building is the former Herndon Eye Clinic. 347 Place includes 5,000 square feet of commercial space on the first floor. Five apartments with tenants are on the top floor.

Elliott told aldermen he wanted to create two apartments on the ground floor to meet demand for rental housing in the downtown area. The plans called for the front 2,500 square feet of space adjacent to Chickasaw Street to be kept commercial.

Elliott and Warren met with the Brookhaven Board of Adjustments three weeks earlier to discuss zoning requirements and discovered they would need a special exception to the ordinance to put their plans in place in the central business district.

Mayor Joe Cox Monday said the application for the special exception was not granted for Elliott and Warren because of the fire marshal’s report, which said creating apartments on the ground floor would not meet the current fire code.

The board met Monday to clarify the wording of the ordinance to require the report be completed before applicants petition the Board of Adjustments for the special exception.

Tax receipts up again for Brookhaven

Brookhaven’s sales tax receipts are up for the month of April, keeping the trend on the rise. The city collected... read more