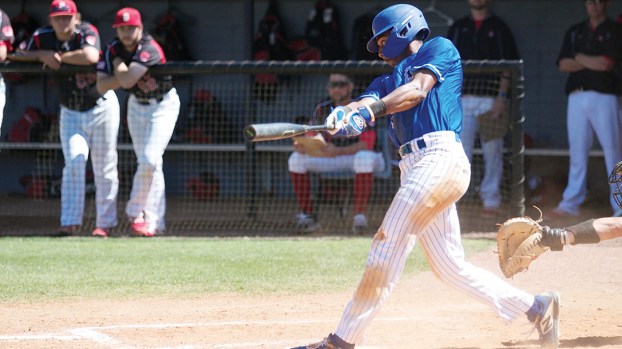 Frierson, a Madison St. Joe High School product, played in 31 games this year after battling an injury midway through the season. The freshman roared back onto the scene late in the year and posted multi-hit games in 10 of the last 24 contests. The right fielder finished the year with 45 hits in 107 at bats for a .421 batting average. Frierson drove in 12 runs with four doubles, one triple and two homers.

Day, an Adams County Christian graduate from Natchez, was a staple in the Wolves’ infield at shortstop. The freshman also provided a solid bat in the lineup throughout the season as he posted a .333 batting average, with four homers, 11 doubles and one triple. Day’s biggest swing came on a walk-off grand slam against Southwest to help the Wolves clinch the Coca-Cola Challenge.

Tidwell, a sophomore from Calhoun, Louisiana, was tabbed All-State for his role on the mound in 2019. The right-hander made 13 appearances this year with 10 starts. He finished with a 7-4 record and threw two complete games. Tidwell racked up 75 strikeouts over 63.2 innings with a 4.66 ERA. On two occasions, once versus Southwest and another against Coahoma, the Louisiana Tech commit fanned 11 batters, a season-high for Co-Lin.

Zimmerman, a sophomore from Mandeville, Louisiana., rounded out the post-season award winners. The 6’2 sophomore swung a big bat for the Wolves this season as he led the team with seven homers and in RBIs with 34. Zim, as he teammates call him, finished the season a .297 batting average and .554 slugging percentage as he posted seven doubles and five triples. The Northwestern State commit also swiped 16 bags on the season.

Hunter Richardson and Landon Gartman of Enterprise represented their school one final time Saturday as they took part in the... read more