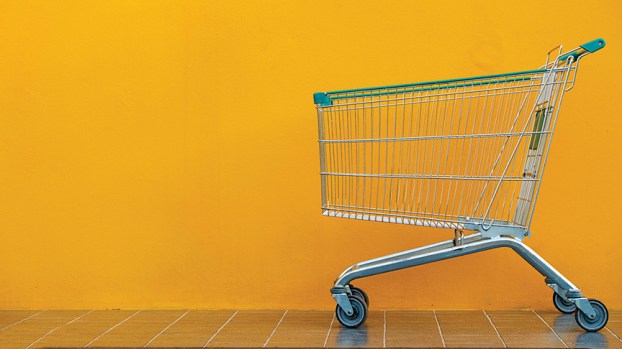 Lincoln County Board of Supervisors wants to join retail talks

Lincoln County supervisors took the county’s executive director of economic development to task Monday, asking for regular updates to keep them informed with retail and industrial possibilities in the city.

“We just don’t want to be left in the dark,” President Jerry Wilson, District 1 supervisor, told Garrick Combs after he was summoned to the meeting from his office at the Brookhaven-Lincoln County Chamber of Commerce. “We’re not being informed. I look like a fool when somebody tells me ‘Well, you’re supposed to know.’”

Wilson and other board members expressed their annoyance at not having information they feel city representatives are privy to. In this instance, it’s a grocery store.

Before supervisors asked Chancery Clerk Tillmon Bishop to text Combs to come to the meeting, District 5 Supervisor Doug Falvey discussed the possibility the Piggly Wiggly on Hwy. 51, which has been closed since April 15, has been purchased. Supervisors had been told stock had been delivered to the building.

When Combs arrived a few minutes later, he gave the board the option of getting an overview in a public meeting or going into a closed-door meeting because of confidentiality agreements.

With attorney Bob Allen absent, they opted for an open meeting.

“We’re coming at you because we’re not being informed of stuff. That’s the fact. Now don’t go past the confidentiality stuff,” District 4 Supervisor Eddie Brown said. “We’re hearing this morning, between general conversation here in the board, that the grocery store, we’ve got one being stocked. Is that true?” he said.

“I have not received any official word that formal agreements have been signed,” Combs said.

Combs said he did not want to peddle rumors.

“We’ve been down this road with grocery stores over the last six or eight months that I tend to keep my mouth shut from what I’m hearing until I see something official,” he said. “We’ve spent too much time chasing rumors and chasing dead ends that I don’t want to be part of misleading anybody. Until something is done and I have something to report that can be done in a public fashion, I try to keep my mouth shut.”

As of Monday, no privilege license had been issued by the city clerk’s office for a business that may have purchased the Hwy. 51 Piggly Wiggly property.

“There are other grocery stores interested that are interested in us,” Combs said. “There was one in town in June that spent most of the day with myself and one of the realtors in town looking at a specific piece of property that would not have anything to do with either Piggly Wiggly. That deal is still active and ongoing.”

Bishop asked Combs to appear at the first board meeting each month to update supervisors on economic development concerns.

Falvey agreed the board should have representation whenever city representatives meet with Combs and potential business investors.

“If you’re talking to the city, the Board of Supervisors should know that. I don’t know how we need to go about it but we need to be involved on what’s going on,” he said.

“If there is input from the municipality then there will be from the county as long as I can make that happen,” he said.

Wilson said supervisors should be included in conversations.

“Since we’re all in this together, if something’s said to the city, something should be said to the county, because we’ve been in the dark. If we can’t do it together, we’ve got a problem,” he said.

“I do know for a fact there have been companies that have looked at both locations,” Combs said.