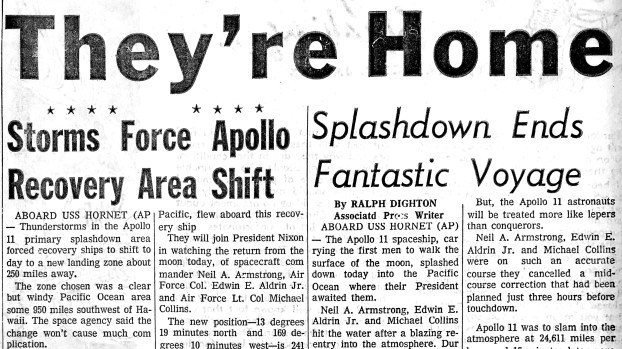 ‘Proud to be an American’ — Apollo 11 mission unified country

A half-century ago, in the middle of a mean year of war, famine, violence in the streets and the widening of the generation gap, men from planet Earth stepped onto another world for the first time, uniting people around the globe in a way not seen before or since.

Hundreds of millions tuned in to radios or watched the grainy black-and-white images on TV as Apollo 11’s Neil Armstrong and Buzz Aldrin set foot on the moon on July 20, 1969, in one of humanity’s most glorious technological achievements.

“Back in the day, it fascinated the whole country. They were televising all these rocket launches and we would get up early in the morning and sit by the TV and watch the countdown until it went off. Of course, we just couldn’t believe that they could actually go to the moon. The whole country was just absolutely captivated. I had actually gone to a Sunday afternoon matinee at the Haven Theater is where I was when they actually landed, but I got home in time to see the footage when Neil Armstrong stepped out on the moon. I can remember going out that night and looking up at the moon and thinking ‘There is actually an American standing on the moon.’ You were proud to be an American. It was just a feeling of patriotism.”

“I actually was at a relative’s house here in town. We had played football all morning and we all went inside to the TV, which I actually think they had a colored TV at the time. It was just exciting. I can still see it, people kind of dropping down in the white, just so vivid. I had cold chills cause it made you realize this is something fantastic.”

“My two daughters were sitting in front of the TV at our home at the time in Meridian and I can remember I was in the kitchen fixing them a snack since we were staying up later than usual to watch it. I remember fetching some clothes out of the dryer and bringing them to the couch and was watching the TV while folding some laundry. I was excited and kind of nervous about it, too. I wasn’t sure if they were going to return. It was scary but also incredible.”

“I was in front of the TV at my home and I believe I was living in a dog trot house at the time. I was excited about it and proud. I’ve always been excited about advances in science.”

“When it actually happened, I didn’t know it was going on, but I know where I was at. I was running blue tops and setting grade stakes on a road job in a swamp in Smith County south of Raleigh, and I stayed the summer up there doing that. I didn’t know it until after I had got off from work and got to the room we were renting at the time. We were told about it from the people we were renting from. The first thing that my daddy, myself, and the man and woman who owned the house and their daughter did was have a little prayer meeting and said a little prayer for the people who were up there because we didn’t think they would ever come back. We just couldn’t believe that men could actually be shot off into space like that and survive to get back again.”

“I was in Daleville, Alabama, at the time at the Fort Rucker Army Base watching it in my living room on the television. We were really excited. In a way, I guess I was a little scared, but also amazed and proud at the same time.” 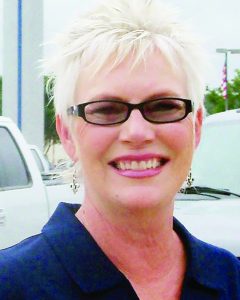 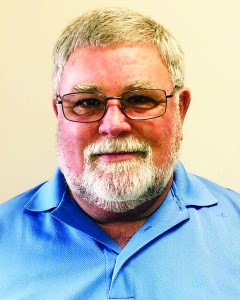 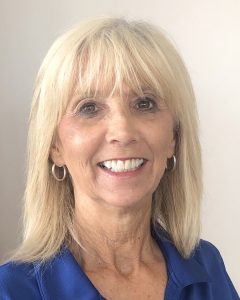 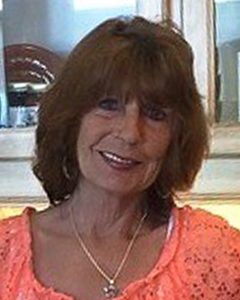 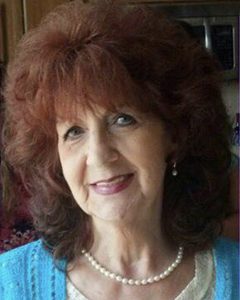 City to lot owners: Clean up or pay up

A public hearing is set for Aug. 6 for Brookhaven aldermen to hear from seven property owners with overgrown yards... read more