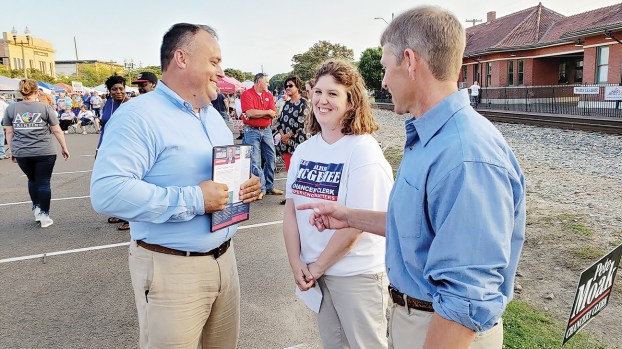 There will be a runoff between two of the candidates for the chancery clerk’s seat that will be vacant when longtime clerk Tillmon Bishop retires in December.

Quinn Jordan came in with the lowest votes, bumping him out of the runoff, with 2,022 votes, or 24.36 percent.

McGehee planned to keep campaigning over the next three weeks.

“We’ll keep doing what I’ve been doing, knocking on as many doors as possible,” she said.

Moak plans to do the same.

“We’re going to continue to push forward and keep working to meet the ones we didn’t meet the first time,” he said.

Those who didn’t vote Tuesday can choose either Republican or Democrat ballots, he said.