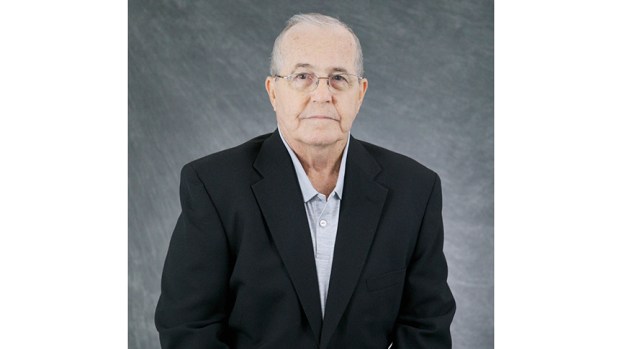 If there is a payphone inside the Pearly Gates, it will be ringing off the hook for J. Ronny Smith.

Smith, 72, was chancery clerk for five terms — from January 1980 to December 1999. When he decided to retire, Tillmon Bishop ran and was elected. He’ll retire in December, also after five terms. Even before he hopped into Smith’s footsteps, he looked to the man for advice.

“He was a professional mentor of mine,” Bishop said. “I’m going to wish, along with a lot of other people, that I had a heavenly 1-800 number that I could call.”

Throughout his career, he didn’t just call on Smith for advice, he accepted it when Smith called him and volunteered it.

“He had a personality and a straight-laced, common sense approach to just about everything,” Bishop said. “He was one of those guys that if he had something to say, you’d kind of need to listen and if you didn’t, you deserved what you got.”

That personality was evident during his time at Copiah-Lincoln Junior College in the mid-‘60s. He was president of the Baptist Student Union, a star basketball and baseball player, a campus favorite and was chosen as Mr. Co-Lin. The other half of the royal couple, Miss Co-Lin, was a young student named Carolyn Calcote, who would later marry the popular sophomore and share 53 years, two children and four grandchildren with him.

After two decades in public service, Smith worked in the family business, Oddee Smith & Sons, a company started by and named for his dad. Long after others may have retired, Smith stayed busy working alongside his son Jereme at the company until about three weeks ago, daughter Autumn Thornton said.

J. Ronny Smith was a huge supporter of the Co-Lin Wolfpack. He was a lifetime member of the Alumni Association, a member of the Sports Hall of Fame, president of the Co-Lin Athletic Alumni Chapter and honorary chair of the college’s Back the Pack capital campaign.

“We are saddened by the loss of such a special Co-Lin alum and former athlete,” said President Jane Hulon. “His unwavering support of Co-Lin was shown in numerous ways, most recently in his leadership of an important campaign at the college. He will truly be missed by the Co-Lin family.”

Visitation for Smith will be Friday from 5-8 p.m. at Riverwood Family and Saturday from 9:30-11 a.m. at Macedonia Baptist Church. Smith’s pastor, Rev. Garland Boyd, will officiate the service.

“He was a very strong Christian man who was dedicated to his family and church,” Boyd said. “That he was involved in Macedonia was an understatement. He was a deacon, he was chairman of deacons several times, on the finance committee, RA leader for 30 years, Royal Ambassadors. He was just a great, great asset to our church.”

“He didn’t just attend church, he was there to worship and take responsible roles in the church. He was no doubt a child of God, and in his presence right now.”

Besides both being graduates of Co-Lin and Southern Miss, Hyde-Smith, a former state senator and commissioner of agriculture and commerce, shared with Smith a common interest in politics.

“No one loved it any more than J. Ronny,” she said. “His political prowess was outstanding. He was as astute as anyone I’ve ever known. He was the expert in small-town politics. To say I adored him is an understatement. His crown in heaven is huge as well as the vacancy that he leaves in our hearts.”

Bishop echoed those sentiments about Smith’s expertise in Lincoln County politics. He went to Smith’s office before announcing he planned to run for his mentor’s open seat. Eight individuals including Bishop threw a hat in when Smith decided to hang his up.

“He told me, ‘I really don’t think you have what it takes to win,’” Bishop recalled. “What he was doing was encouraging me in a way that, he knew if he said that, I’d leave from his office and go find a door to knock on.”

It may have been Smith’s coaching techniques that came in handy in later years.

“He had a way of encouraging people to win,” Bishop said. “That’s exactly what he did with me. The five times I ran — that I was fortunate enough to have had what he did for the same amount of time — he was a great encourager.”

The Institute for Learning in Retirement at Copiah-Lincoln Community College is gearing up for the fall semester. The ILR at... read more