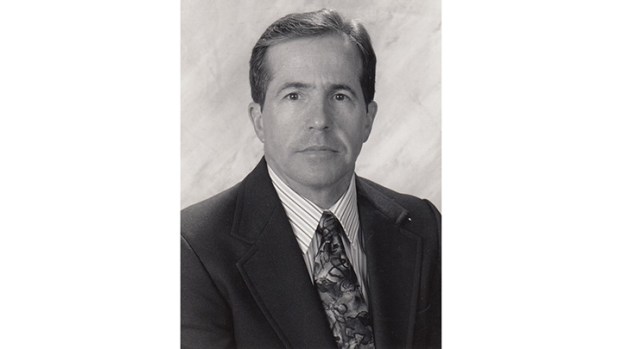 On the hot, summer day, of Aug. 15, 1946, a little boy named James Ronny Smith entered this world. He was joyously welcomed by his parents, Oddee and Mabel Smith, his big sister, Glenda, and big brother, Paul. “Little brother” Joel joined him when Ronny was 9.

Growing up on Macedonia Church Road with neighboring boys and girls, Ronny’s young life was an idyllic one of attending Sunday School, preaching, revivals, RA’s, and even “feeding the preacher,” as his mother habitually did. Whether riding bikes, playing baseball on the homemade field in the pasture (there was always a “slew” of kids in “Mabel’s yard”), or slipping off with a group of boys to swim in the “prohibited” muddy pond, Ronny’s growing up years were typical of life in the rural South during the peaceful, slow years of the 1950s.

Beginning school at Loyd Star, Ronny had no idea of the grace gifts that God would pour out on him during those 12 years — gifts that included strong, Christian teachers and coaches, lifelong friends, and in class with him — a little shy, first-grade girl named Carolyn Calcote, who would later become his wife of 53 years. God continued with special blessings for Ronny. One was the athletic ability to play basketball, which culminated in being the point guard on the 1963 Loyd Star state champion basketball team. The blessings continued to abound as Ronny attended Co-Lin, where he left his legacy as academic high honors, as class favorite and as Mr. Co-Lin. Playing for coach Alton Ricks, he became the all-time record holder for assists as point guard on the Wolves’ basketball team.

After marrying the “little first grade girl,” he continued his education at University of Southern Mississippi, graduating with a Bachelor of Science degree in business administration. After a brief four-year coaching career, Ronny returned to the family business at Oddee Smith and Sons Construction Company. It was during this time that Ronny and Carolyn’s wonderful grace gifts were again sent by the hand of God. Their son, Jereme Calcote Smith, arrived in 1975, and their daughter, Autumn Carol Smith, arrived in 1979.

After a few years, Ronny was led to pursue the office of Lincoln County Chancery Clerk. Successfully elected in 1979, he served for 20 years. Having considered the 20-year service as a special gift from God, he retired in 2000 and rejoined the family business. Ronny was blessed to work for 19 years with his brothers, Paul and Joel, his son, Jereme, and son-in-law, Chris. Other special blessings came at this time in the form of grandchildren, Taylor, Blake, Riley and Jake.

During these years, Ronny enjoyed serving on the Bank of Brookhaven board, in various positions with Co-Lin Athletic Alumni, and as president of the Loyd Star Foundation. In 2001, he was inducted into the Co-Lin Athletic Hall of Fame.

Ronny continued his years of service at Macedonia Baptist Church as deacon, Sunday School teacher and as a member of the Finance Committee. He continued actively servicing until just a few months before he retired to go to heaven on Tuesday, Aug. 13, 2019. There, Ronny will reside eternally serving Jesus, his Lord, and awaiting Carolyn and his family to join him.