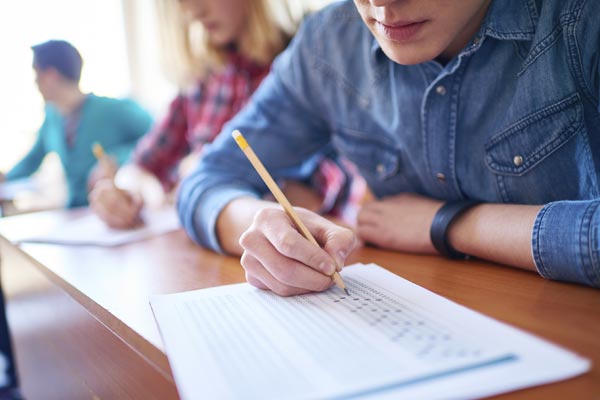 Students in area school districts have made strides on state tests, mirroring a statewide trend of increased proficiency.

Students in the Brookhaven, Copiah County, Lawrence County and Lincoln County school districts overall had average increases within those ranges, according to data analysis by The Daily Leader.

In ELA, which tests reading, writing, comprehension and spelling, 39 percent of area students tested proficient or advanced, an increase over last year’s proficiency rate of 34.23.

In math, 35.7 percent of area students scored proficient, an increase over last year’s proficiency rate of 30.57.

The state’s plan to improve student achievement calls for at least 70 percent of all students to be proficient in ELA and math by 2025. Scores posted last year indicated students are not on track to meet that goal.

The Mississippi Department of Education’s reports on this year’s test results show how students scored on standardized exams called the Mississippi Academic Assessment Program tests. The tests are given each spring to high school students and third through eighth grades, and have been administered for four years.

Students in grades three through eight take tests in ELA and math, and high school students take tests in English and Algebra I. The tests are given in the spring and the MDE releases the results in mid-August.

MAAP, developed with the help of teachers, measures the progress of students to reach academic goals so they can succeed in college and the workforce.

The four area school districts did not place in the top 10 statewide nor in the bottom 10.

The Lincoln County School District overall had some of the highest scores in the region, and in some grades scored higher than the statewide proficiency averages. Most elementary school students at Enterprise, Loyd Star, West Lincoln, and Bogue Chitto attendance centers surpassed the top rates in ELA. Some of the scores were nearly double or more than double the state’s top rates for the grades and subject matter.

All of the district’s high school students surpassed the state proficiency average in English I, and most scored double the state’s top algebra rate.

Like many of the region’s schools, many elementary school students in the Lincoln County district lagged behind in math, except for the West Lincoln attendance center.

Students in the Brookhaven district overall scored in the mid-range of proficiency levels, and sometimes below. The district’s average passing rate was about 70 percent.

Brookhaven School District Superintendent Ray Carlock is pleased with the students’ progress, but said the numbers show areas where students need to improve, such as in math at the lower grade levels.

“The teachers worked really hard this past year, and so did many of the students, but at the same time we do have some areas of concerns and will be devoting resources in efforts to improve,” Carlock said.

“We do have some areas of concern with some of the math scores in elementary and with professional development, our curriculum, and making sure they’re to the rigor of standards. It’s an ongoing process. Districtwide, we have a big push on improving our instruction, important content of the curriculum and our assessment of how students are doing.”

Based on test data, the district tries to tailor instruction to meet the needs of the children, Carlock said.

“Our board and our community want and deserve to see us growing districtwide and moving toward higher accountability ratings, and that’s what we plan to do,” he said. “The future of our children depends on it.”

The state’s push for higher proficiency ratings aims to improve the level of education and to improve student’s success in college or in the workforce, State Superintendent Carey Wright said in a news release.

“Mississippi students are outpacing the nation in learning gains thanks to the hard work of teachers, school staff, school leaders, and parents,” Wright said.

The average proficiency score statewide was 49.3 percent, with 87 percent passing.

West Lincoln had the second highest proficiency rate, 57.4 percent, and a passing rate of 86.91 percent.

Most attendance centers in the Lincoln County School District exceeded state averages. The district had a proficiency average of 46.7 percent and a passing rate of 82.1 percent.

Alexander Junior High had the region’s highest average proficiency rate of 94.8 percent, possibly one of the highest in the state, and 100 percent of the local students passed Algebra I.

The next highest proficiency rate was at Brookhaven High, with 42.4 percent (86.5 percent passing).

• Bogue Chitto had the lowest proficiency rate, 22.8 percent, but a high passing rate of 80 percent.

The “stars” of the annual talent show at the Jimmy Furlow Senior Citizen Center Thursday shared their talents with their... read more