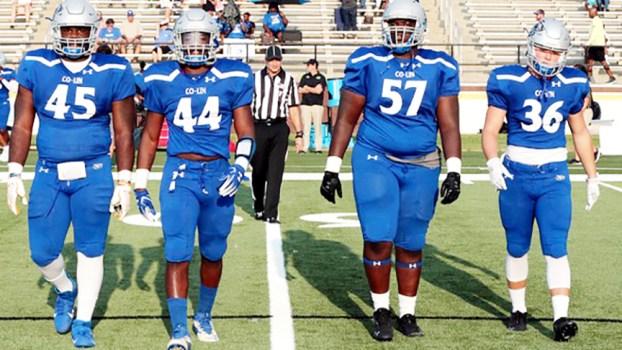 Wolves travel to face the Rangers

The No. 8 Copiah-Lincoln Community College Wolves are on the road for the second straight week as the 3-0 squad makes the trip to Senatobia to face the No. 3 ranked and undefeated Northwest Community College Rangers on Bobby Franklin Field at 7 p.m. The game will be Co-Lin’s first top-10 matchup since the No. 4 Wolves defeated the then-ranked No. 1 East Mississippi Lions, 31-24, in an overtime victory in week two of the 2015 season.

The teams match up interestingly on paper as the Rangers have a balanced offense that averages 358 yards per game with 196 yards per game on the ground, and another 162 through the air. After last week’s air-raid attack against Pearl River, that led to a 32-9 victory, the Wolves are up to 320 yards per game with 244.7 of those coming through the air, while 75.3 come from the rushing game. Defensively, the Wolves have shined as the team ranks third nationally in passing yards allowed with just 99 per game and 15th nationally in rushing defense with just 91 yards surrendered per game. The Wolves are also tied for first in the nation with two defensive touchdowns on the year.

That impressive defensive play is led by R’Tavius McGee who has 18 tackles on the year and Jalen Campbell who has posted 16, while Jordan Davis leads the team with three sacks. Tyrus Wheat leads the defense in turnovers with three picks and a forced fumble on the year.

Offensively, Danny Clark is leading the way in the passing game with 734 yards on 41-of-83 passing with seven scores to one interception. Clark has connected with Antoine Robinson more than any other target with 12 catches for 277 yards and two scores, while Malik Heath is leading the Wolves in receiving touchdowns with three on just four receptions. Co-Lin’s rushing attack has been spread around with Drexlan Allen leading the team with 102 yards and a score, while JJ Jernighan has 92 yards. Lakentith Thompson roundes out the top rushers with 38 yards.

The Rangers enter the game off a 33-3 home victory over Mississippi Delta Community College. Jack Walker, the Rangers main signal-caller, is 30-of-51 on the year for 442 yards, four scores, and two picks. The rushing game, much like Co-Lin’s, is split between multiple backs with three different players totaling over 150 yards thus far in the season. Chris Calvert-Thomas has 195 yards and two scores, Jaquerrious Williams has 163 yards and one score, and Urriah Shepard has 152 yards and two touchdowns. Walker’s go-to receiver is Braden Smith who has a team-high eight receptions for 163 yards and three touchdowns.

Defensively, Northwest is led by Quentin Wilfawn with 14 tackles and a host of other Rangers with 13 each. Tyren Irby leads the team with four sacks.

Overall, the Wolves look to carry their momentum from last week’s victory over PRCC that saw stellar offensive and defensive numbers. Clark looks to continue his 415 yard, four-score performance, while other impact players look to be difference makers. The defense hopes to continue its streak as one of the strongest in the MACJC and lock down the balanced Ranger attack.