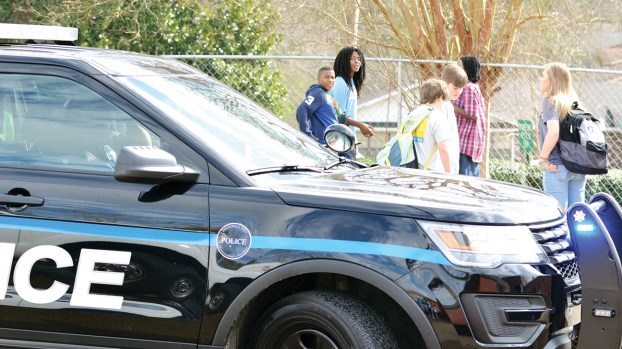 In the face of a national crisis, local school security is more important than ever.

According to FBI data, there were 27 active shooter incidents in 2018, including five that took place at schools, killing 29 and wounding 52. Other statistics on gun violence are even more dire. According to the Gun Violence Archive, a non-profit organization tracking gun violence statistics, there were 337 mass shootings in 2018 with 3,539 children 17-and-under killed because of gun violence.

In response, a new bill passed by the Mississippi Legislature requires administrators of all schools to conduct active shooter drills within 60 days of the beginning of each new semester. The bill was signed into law by the Gov. Phil Bryant on March 29 and went into effect July 1.

“We have had active shooter drills, but now they’re mandated — having those drills in each and every semester,” Brookhaven School District Superintendent Ray Carlock said at the meeting of the Board of Trustees Tuesday. “So there’s a little bit more importance on that.”

An important part of a school district’s security is a School Resource Officer — usually an officer provided by the local police department. On Tuesday, the BSD Board of Trustees voted to send an updated SRO agreement to the city. That agreement is pending approval, and Carlock said it’s normal for there to be some negotiations, so it may be a few weeks before the final agreement is approved.

“The city is really great at providing this person for us,” Carlock said. “It’s a real benefit to the community. Those officers are constantly checking doors and checking on students. They’re a great resource for getting our students safe.”

Carlock said the SRO is responsible not just for providing law enforcement services, but also educating students and faculty on school safety. They are also an active participant in the school’s regular active shooter drills.

“An active shooter drill can vary widely,” Carlock said. “It can be anything from just having a drill where faculty are involved with an SRO and district staff, all the way to involving students, faculty, local law enforcement and local civil defense. It’s based on what aspect of a drill you’re wanting to practice and get good at.”

There are other plans in the works for improving the security of BSD schools. In March, Brookhaven voters approved an $8 million dollar bond issue, and Carlock said issues from the bond will go to limiting access to students by the public, automatic doors, cameras and fencing.

“We don’t have anything concrete yet, but it’s coming,” Carlock said. “That’s something the board assured the community. It will definitely be a big part of what we spend the bond money on.”

Carlock said the district received the bond in August, and the upgrades are currently in the process of being planned with architects and engineers.

“We know that students perform academically at their best when they feel safe and secure,” he said. “We are committed to this upgrade to all of our security system using bond funds as soon as possible.”

Authorities arrested a pair of teenagers Thursday in connection with an assault on a homeowner on Nola Road that sent... read more