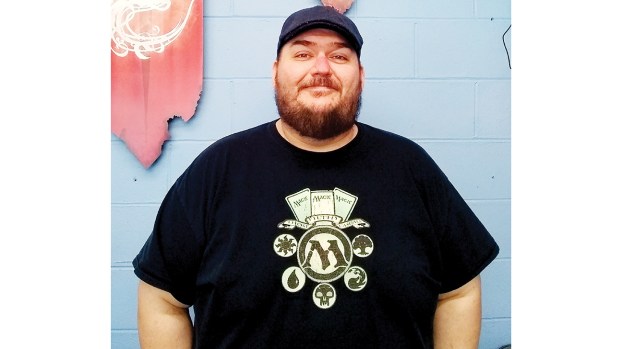 Local heroes fighting for a cure for Alzheimer’s

Hero’s Haven, a small comic book and table-top gaming store near downtown Brookhaven, has spent the past three years building a community. Now, that community wants to give back.

“We are attempting as a community to go against a villain of epic proportions,” store manager James Bardwell said.

That villain isn’t a goblin or a dragon. It’s Alzheimer’s. Throughout the day Saturday, the store will hold three Dungeons and Dragons campaigns (games) for the Forget Me Not Foundation, raising money for Alzheimer’s research.

“The guy that runs the game I play in, his mother is a member of the Forget Me Not Foundation,” Bardwell said. “Every year, they do a few things to raise money. Our little store is more of a community than a store, and we really wanted to find a way to get involved.”

Dungeons and Dragons is a table-top, role-playing game where a team of players — taking the role of super-powered adventurers in a fantasy world — roll dice to fight monsters and traverse traps. Those dice sometimes go badly, and put the player characters in mortal danger. Through donations, players can purchase dice re-rolls or healing potions. Spectators can donate to help the players as well, but they can also make the game a little harder for the players.

“You’ll also be able to throw some traps and stumbles as a spectator through donations,” Bardwell said.

Games will be held at 10 a.m., 2 p.m. and 6 p.m. Seats for players are $5, and there are still one or two seats per game. There will be pre-made characters available, and players can jump into a game with no prior role-playing experience.

According to Bardwell, the games at Hero’s Haven — including Dungeons and Dragons — all fit a social theme. You won’t find people staring silently at a screen, even when they are playing video games. Dungeons and Dragons is a social game. The players are sitting across the table, interacting face-to-face. There’s plenty of laughter and fun to go around in Hero’s Haven’s community, and Saturday is no exception.

The voice of one Brookhaven High School student will be heard at the state level this year. McLain Henderson, a... read more