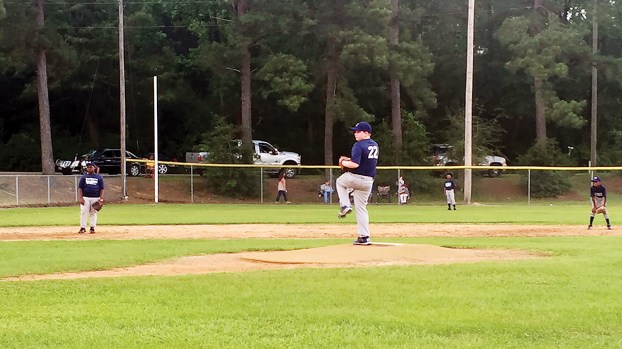 Photo submitted The Mac Dale Ballpark in Monticello has been the ballpark for baseball in Lawrence County for generations. Now, it’s in danger of being sidelined.

Monticello man trying to save ‘The Mac’

The Mac Dale Ballpark, often referred to affectionately as “The Mac” by locals, has been a focal point of Monticello and Lawrence County for generations. Now, local baseball fans are fighting to keep it open.

At the center of that fight is Jared Evans. Evans is a former fire coordinator for the Lawrence County Fire District. Now, he’s a practicing attorney in Monticello, but he’s also deeply tied to the Mac Dale Ballpark — to the history, and the nostalgia and the sense of place.

“I grew up at the park, almost literally,” he said. “Back in my day, you started playing at 7 years old.”

In response to a decision in April to scale back activity at The Mac — originally just to be used for practice — Evans started a change.org petition to save the Mac. The petition has 573 signatures currently, just over halfway to its goal of 1,000. Evans also started work planning a video to generate interested in his cause.

On Oct. 10, after six months of work compiling old footage and working with videographer Chris Buttgen, the video to save the Mac was posted on Evans’ Facebook Page. It has been viewed over 16,000 times and has attracted a lot of discussion within the community and outside of it.

It turns out, there are more than a few people in Monticello who do want to save the Mac. It doesn’t have all of the features of a modern ballpark, but it does have a history in the community.

That ballpark, built in the 1960s, has seen a lot, according to Evans, predating integration and consolidation to a time when children in the county were more divided over racial and geographical lines.

“The Mac was able to bridge every bit of that,” he said. “No matter what your politics were or what your color was, when springtime rolled around, you were at the Mac. Back in those days, everybody played summer ball because there wasn’t much else to do.”

For years, the park was owned and maintained by Jimmy Ray and Zelda Davis. Evans said he was a close friend to the family, and he often umpired for no pay — except from time to time, a few hot dogs out of the concession stand. In 2009, after the death of Jimmy Ray Davis, the Davis family gifted the property to the Town of Monticello. Since then, Evans said the maintenance of the park has suffered.

“The town made a promise to the Davis family to keep that place up, and they never did,” he said. “The scoreboards hadn’t worked in awhile. There’s a general rundown appearance to the place.”

And it’s true that times have changed for Monticello, just as it has for the nation. Standards for ballparks have increased even as the popularity of the sport has not kept pace. In a statement responding to the controversy, Monticello Mayor Martha Watts said the decision to dial back activity at the Mac followed an opportunity to use the more modern Lawrence County Sportsplex for the Dixie Youth 12U State Tournament.

“The state commissioners came down to inspect our facility and very quickly said there were safety concerns, areas of non-compliance with their standards and mainly no adequate parking,” she said. “We would not be able to host a tournament this size at Mac Dale.”

Watts said in the statement that the city plans to continue to use the ballpark for opening day, old timers games, chicken day and practice, but the town has shifted focus to the Sportsplex.

“We hosted a fabulous tournament and the commissioners were in awe of what we had accomplished in such a short time,” she said. “Now our town and community are able to compete in landing future tournaments in a facility that is able to offer more. Since the date of that tournament, many people have remarked how enjoyable it is and how nice it to be able to see all of their children and grandchildren all at one facility.”

Evans insisted that the decision to continue to hold events at the park was only in response to the controversy, and the original decision to scale back activity at the park came down to money after a decade of putting too much money into Parks and Recreation.

“I used to be a career firefighter and everything got cut to fund parks and rec,” he said. “Here they are 10 years later and they’re trying to shed something.”

Watts said in her statement that the current plan is to balance the nostalgia of the old park while recognizing the challenges of today. Evans believes that the Mac Dale Ballpark is worth saving despite difficulties facing the town.

“It’s a throwback,” he said. “It’s not trying to compete with the Taj Mahal y’all have over there in Brookhaven, but there is something to be said about the era the Mac encompasses. It’s got generations. Kids playing now are being watched by grandparents who had grandparents watch them. It will take a new facility many years to have that.”

If all goes as planned, construction of four dozen three-bedroom homes will begin off South First Street next year. Mayor... read more