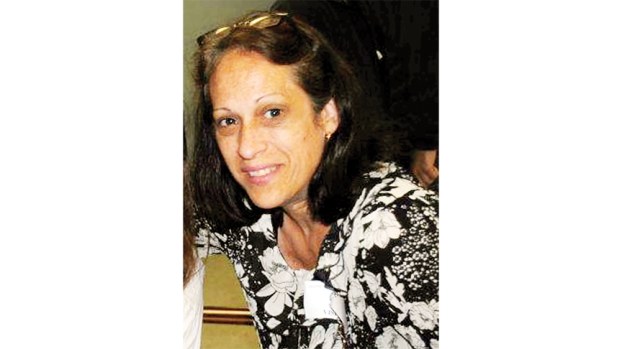 Rhonda Jacobs, founder of Celebrate Recovery in Brookhaven, died on Oct. 5 at the age of 58. Celebrate Recovery is a Christian-based organization to help people overcome “hurts, habits and hang-ups” — serious life issues from drug addiction to depression and loneliness.

A memorial service for Jacobs will be held at 1 p.m. Saturday at CenterPoint Church on 640 Halbert Heights Road. The memorial is open to the public.

Jacobs was born in Pontiac, Michigan, on July 29, 1961, to Robert and Barbara Lilleyman. Jacobs’ late father was a salesman, and he was also a self-taught organist. He encouraged in Jacobs a love of music that would follow her through her life.

“He spotted talent,” Barbara Lilleyman said. “He’d say, ‘Sit down and do this. Sit down and do that.’ She really turned out to be an aggressive, bull player. A lot of women play very soft but she played just like her dad.”

As a young woman, Jacobs struggled with issues like addiction herself, and it was Celebrate Recovery in Michigan that helped her pull through.

“(Celebrate  Recovery) seemed to really help, and the people were so accepting, even though she had so many issues of her own,” Lilleyman said.

That support inspired in Jacobs a lifetime of service. Even in Michigan she was helping organize food pantries, sharing her testimony and providing counsel.

It was her health that brought her to Mississippi. While recovering from a series of back surgeries, Jacobs was confined to a wheelchair, and the cold was a challenge. She had a daughter living in Brookhaven, where the Mississippi heat was more agreeable than the chill of Michigan.

In Brookhaven, Jacobs began to recover. When she was able to walk again, she began a search for the local Celebrate Recovery and found that there wasn’t one, so she established her own branch. She started looking around for buildings where she could hold meetings. She regularly spoke with women at the local jail, sharing her own struggles and giving advice.

It wasn’t always easy. Jacobs said in a 2015 interview with The Daily Leader that the inmates would ignore her at first. It was only after sharing the story of her own struggles with addiction that the women could relate to he and began to listen to her advice.

“God worked through all of the ugliness in my life to make something beautiful,” Jacobs said. “Then he put a burning in my heart for the Brookhaven area after I visited numerous times and didn’t find Celebrate Recovery available. Instead of ‘Relapse Rhonda,’ they now call me ‘Help me Rhonda.’”

Spending a lifetime helping others — involving oneself in all the hard details of a person’s life — is one of the most difficult things a person can do, according to Lilleyman.

“When we get involved with other people, it is so messy,” she said. “It’s emotionally draining, financially draining. It takes extra time. She just seemed to have the ability to do it. I think helping others really gave her satisfaction.”

Through the lives that Celebrate Recovery in Brookhaven has touched, Jacobs’ work has payed off. It’s work that will continue after her passing.

“In the Bible it says you reap what you sow,” Lilleyman said. “We know the more you reap, the more you sow. That’s what we’re praying for, for this program — that it will continue to sow and it will have an opportunity to change lives.”

Brookhaven School District Superintendent Ray Carlock plans to retire when the school year is up in June so he can... read more