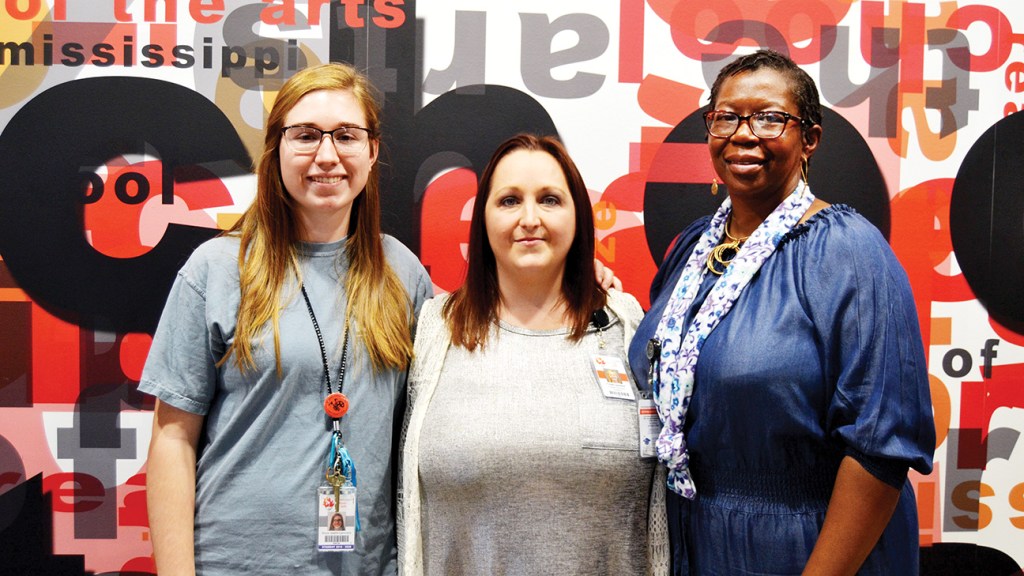 Tobie Lambert, an English and literature teacher with the Mississippi School of the Arts, was chosen recently for a Claes Nobel Educator of Distinction award by the National Society of High School Scholars. Lambert was honored at MSA’s Thanksgiving luncheon Thursday.

“I really felt humbled by the whole experience,” Lambert said.

Students in NSHSS nominate each year the teacher who has made the biggest contribution to their academic career. It recognizes educators who can inspire students to develop as scholars, leaders and citizens.

Lambert was nominated by Skylar Noblin-Laminack, a student in MSA from Edwards who is also in NSHSS.

“She’s very inspirational to the students and staff she’s around every day,” Noblin-Laminack said. “She’s always there to welcome us with open arms. She just loves everybody everywhere she goes.”

“I was really blown away,” Lambert said. “I really don’t have the words to express how grateful I was to Skylar.”

Lambert, a teacher with more than 10 years of experience, holds a Master of Arts in English with an emphasis in literature from Northern Arizona University. She joined MSA in 2016, and she has also been an adjunct English instructor for Copiah-Lincoln Community College since 2007.

Students in NSHSS are members for life. The group was founded in 2002 by James W. Lewis and Claes Nobel, who is the great nephew of Alfred Nobel who instituted Nobel Prizes. The NSHSS was inspired by the mission of the Nobel Prize, and irs stated mission is to support academic achievement and world betterment. NSHSS provides its members with unique learning experiences, scholarships, internships and international study and peer members.