A lighter lunch option is coming to downtown Brookhaven 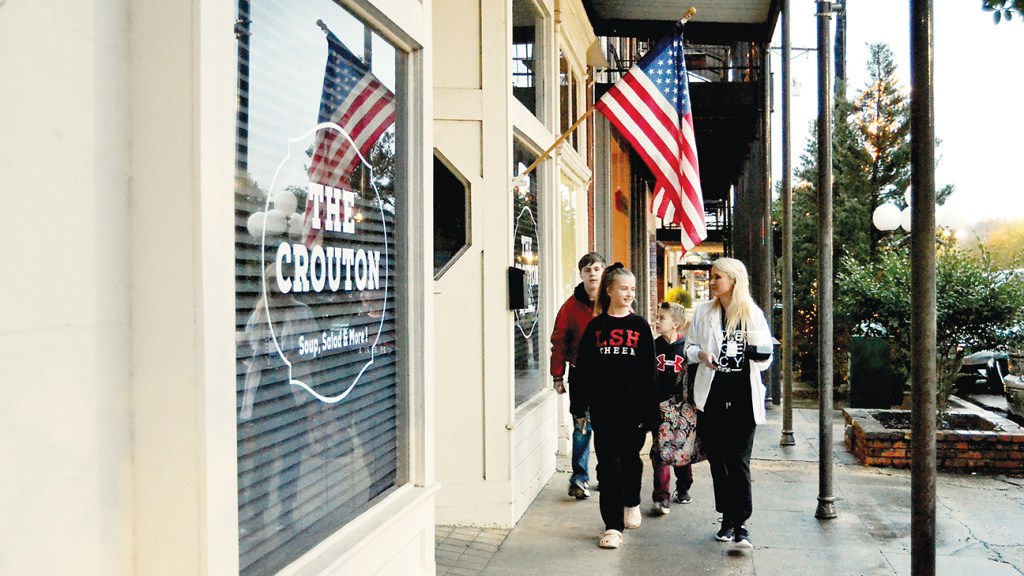 Photo by Donna Campbell The Crouton is expected to open downtown in January.

The Crouton is expected to open in downtown Brookhaven in January and owner Donna Therrell hopes it will fill a gap for diners hankering for lighter fare.

“We wanted to bring something to Brookhaven that we had a need for around here,” Therrell said. “It wasn’t fast food and wasn’t something heavy. There’s nothing fried. I don’t even own a fryer here at all.”

Despite the name, it won’t just be a menu of salads. Therrell wants to offer something for everyone. Her sister, Olivia Wallace, said Therrell plans to have a salad bar with about 70 items, about a dozen housemade dressings and four flavors of housemade croutons. Diners can create their salad, which is then weighed and they’re charged by the pound. That’s perfect for customers who may want just a small side salad or those who like to add a large variety of toppings, Wallace said.

The Crouton is located at 103 South Railroad Ave. and will seat about 40 customers. When the space was used by The Junction, formerly Pasta Junction, the restaurant utilized a back dining room. That’s now office space.

Besides the salad bar, soups and sandwiches, Therrell will have a grab-and-go menu of items like prepared salads and fruit plates.

“Everything (will be) fashioned to-go,” Therrell said. “Everything will be in nice packages. Most people here are just going to come in and get it and go back to work.”

Therrell is the middle sister of five girls, and she jokes that she’s the only one of them that knows how to cook anything. Throughout her life, people have been encouraging her to open a restaurant. Currently, she works for J&B Tile & Marble installing floors.

She does have some experience working in the food industry, but this is her first time running her own restaurant and she’s excited to have the opportunity to do things her way.

“I’m excited and scared all together,” Therrell said. “This is my first go around. It’s been fun, doing this.”