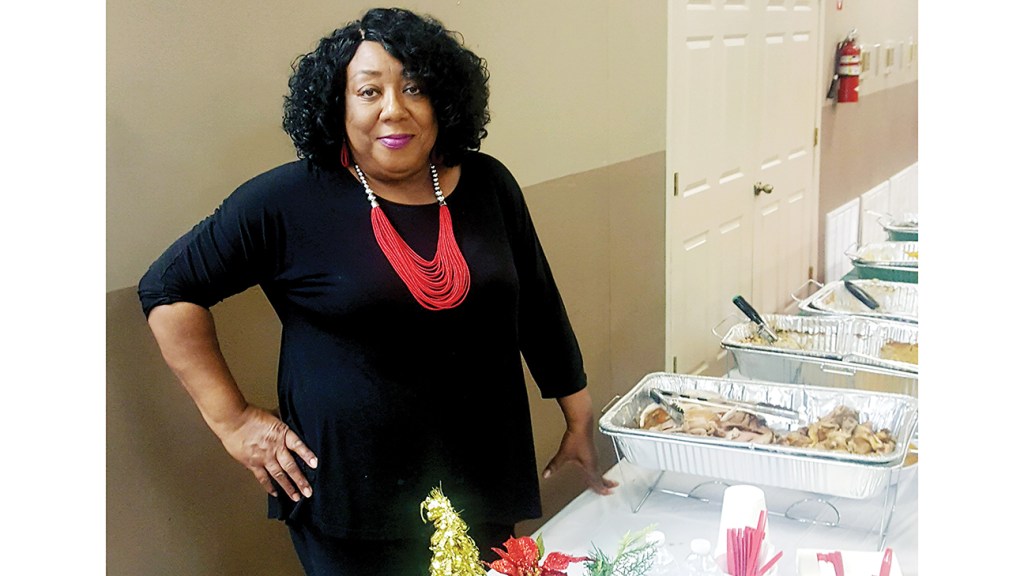 Photo submitted Karen Henderson prepares to serve at a past Spirit of Christmas luncheon.

Local senior citizens will have a chance to fellowship with each other and enjoy a free lunch Saturday during the third annual Spirit of Christmas luncheon.

Karen Henderson started hosting the meal three years ago in honor of her late brother, James Magee. Magee, a sheriff’s deputy and bail bondsmen, died January 2015 of heart failure. During his lifetime, Henderson said he had a giving heart.

“When he was with us, he used to help so many people,” she said. “He was a bail bondsmen. He would not only help get people out of jail as far as people who didn’t have money, he would help single parents, the elderly, whoever needed a light bill or water bill paid or school supplies — he would pay out of his own pocket.”

Henderson said she’d heard from so many people in the community tell her how much they had missed Magee, that she was driven to do something in his memory. The Spirit of Christmas luncheon was born.

“He helped everybody, but most of the time during the holidays, senior citizens are the ones left out,” she said.

Since its inception, Spirit of Christmas has continued to grow. There were about 150 visitors last year, according to Henderson. It’s a free luncheon, and anyone age 60 and over is welcome. The luncheon will be held at the Jimmy Furlow Senior Citizen Center at 201 S. First St. in Brookhaven from 11 a.m. until 2 p.m.

Seniors can take a plate home or eat in, meet people and have a good time. Henderson said the luncheon is a fun opportunity for seniors to dress up, get out of the house and enjoy some fellowship.

Henderson and her family work hard every year to put on the luncheon, but they welcome any help from the community. She can be reached at 601-754-3304.