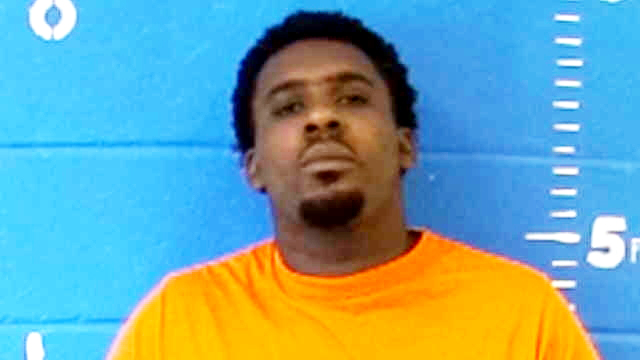 A Brookhaven man arrested in a multi-agency sting operation in McComb a year ago will be in circuit court Monday for an arraignment after a Lincoln County grand jury indicted him for two counts of attempted murder.

Lattrick Williams, 26, will go before Judge David Strong to enter a plea of either guilty or not guilty to the criminal charges alleged in the indictment, which was filed Oct. 28.

Williams is accused of attempting to kill Chelsea and Anthony Thadison Oct. 1, 2018, in Lincoln County. At the time, Williams, a convicted felon, had a semi automatic pistol in his possession.

According to court documents, Williams pointed a gun at both victims and pulled the trigger “but failed in his attempt to kill and murder” Chelsea Thadison and Anthony Thadison.

In 2012, Williams pleaded guilty to the felony crime of the unlawful sale of less than 30 grams of marijuana.

Williams, through his attorney Greg Malta, filed a demand for a speedy trial Wednesday.

The demand contends that Williams was arrested Oct. 2, 2018, by the Brookhaven Police Department and he is constitutionally entitled to a speedy trial.

“Failure to bring this matter on for trial in a timely manner will result in irreparable prejudice to the defendant,” Malta wrote.

Malta said Williams “invokes his constitutional right to a speedy trail and prays this court to set this case for trial first out on the earliest available on its docket; and failing this, requests the court to dismiss the charges against him in this cause of action with prejudice.”

Following the pretrial hearing, Williams is also set to enter pleas on four other indictments:

• Drive-by shooting and shooting into a motor vehicle in November 2015.

• Possession of less than 20 grams of marijuana and intention to distribute to others and possession of a firearm — a silver and black .380 semi-automatic handgun — by a convicted felon in August 2015.

• Unlawful sale of at least one-tenth but less than two grams of cocaine within 1,500 feet of South Center Street Church of Christ in June 2016.

• Conspiracy to sell more than one-tenth but less than two grams of cocaine to a confidential informant and unlawful attempted possession of a controlled substance within 1,500 feet of South Center Street Church of Christ in July 2016.

Williams was convicted in August 2012 of selling less than 30 grams of marijuana.

Williams had long been suspected of numerous crimes when he was caught in McComb Oct. 2, 2018, after he’d been tracked there by a large law enforcement task force consisting of Brookhaven police, with assistance from the sheriff’s offices in Lincoln, Pike and Walthall counties; Rankin County’s K9 task force; the Mississippi Bureau of Investigation, the federal ATF and U.S. Marshals.

He was arrested on a bench warrant for indictments from 2016 and 2017.

Police also wanted to question Williams in connection with several other crimes, including the Aug. 31, 2017, armed robbery of the Star Town branch of State Bank and Trust, and January 2018 high-speed chase that went across Brookhaven and onto I-55 in which a black Tahoe eluded police and wrecked one patrol car, injuring the officer behind the wheel.