Church gives back in honor of lost member 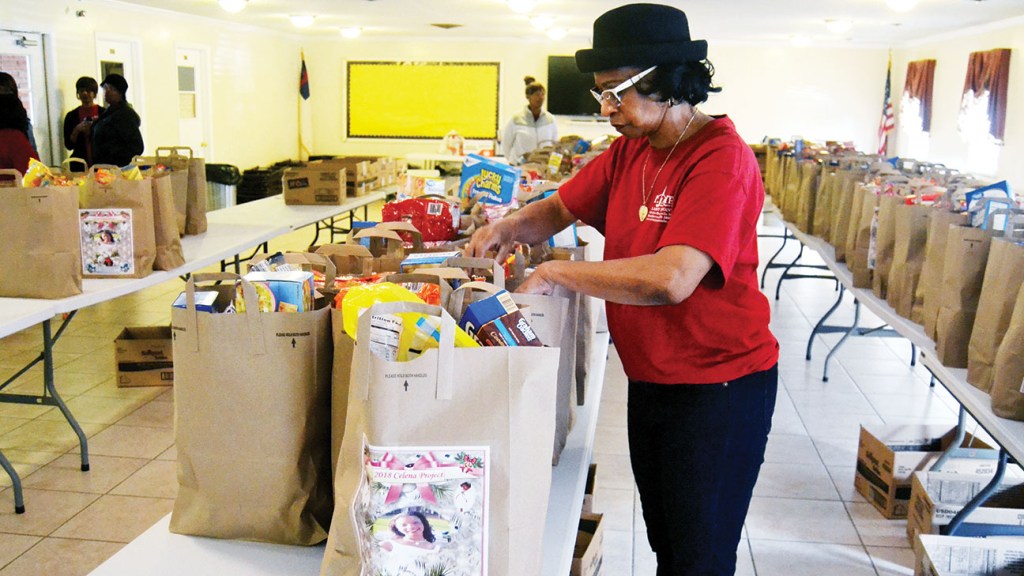 When a person gives back to his or her community selflessly, that legacy can continue even after death. In honor of a lost church member who gave selflessly, St. James M.B. Church is continuing its tradition of providing food for the community.

This year will be the church’s second annual Christmas Food Bag Giveaway. Today, from 10 a.m. until 1 p.m. while supplies last, the church will be giving more than 200 brown paper bags filled with food on a first-come, first-serve basis. Spokeswoman Beverly Calcote wasn’t sure of the exact number of bags, but in last year’s event, the church handed out more than 260.

“Basically, the donations are sponsored by the church members,” Calcote said. “We have 10 captains that are responsible for each of the items in the bags, and they go and ask for donations.”

The giveaway is under the umbrella of the Celena Project in honor of Celena Dalton, a nurse practitioner who grew up in the church and inspired the congregation — with her dedication in life to help others — to service.

Dalton graduated from Brookhaven High School in 1988. Even during her freshman year of high school, she was talking about helping others by becoming a nurse.

It was math — the bane of many a student — that changed her mind for awhile. She switched majors to criminal justice and worked for a few years as a private investigator for an insurance company.

But that wasn’t what she wanted, and she didn’t stay away for long. She enrolled in an accelerated one-year nursing program, then moved to the University of  Alabama to receive a degree as a nurse practitioner.

“She was that kind of person,” Celena’s mother Mary Rowe told The Daily Leader in 2018. “If she was going to do something it was 100 percent.”

Dalton would continue to consider Brookhaven her home even when she wasn’t living here, sending help when it was most needed. By all accounts, she was well loved by St. James M.B. Church.

Last year, she died abruptly of a heart attack at the age of 47, leaving the congregation in shock, and it spurred them to start the Celena Project in her honor.

The Food Bag Giveaway isn’t the only project under that umbrella, however.

“She would probably fuss about it,” Pastor Rev. Larry Jointer said. “But then she’d say, ‘OK. If it’s going to make the people give, then OK.’”