Retired postmaster recognized for his many years of service 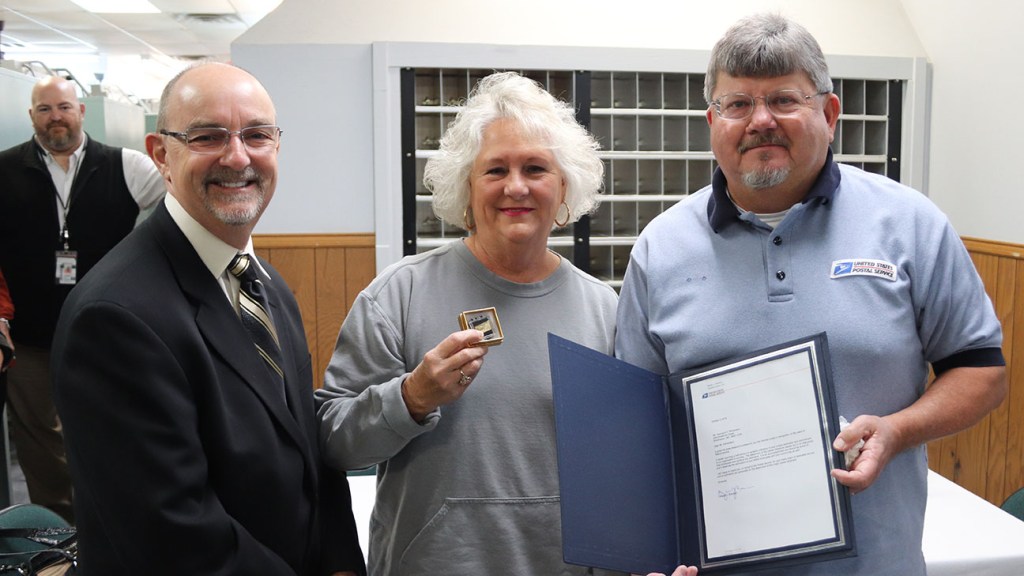 Raymond Richardson of Brookhaven, a retired U.S. postmaster, was honored recently for his more than 50 years of federal service, but that service didn’t begin in the United States Postal Service. It began in the Air Force.

“I went to medical training school to be a medic,” Richardson said. “I served almost two years and 10 months in the SAC Air Force base in Grand Forks, North Dakota.”

Richardson remembers all of his federal service — down to the day. In April of 1971, he served a tour in South Korea. He was honorably discharged after four months.

“Actually, I had three years, nine months and 25 days in active duty in the Air Force,” Richardson said. “My total government service was 51 years, seven months and five days.”

Richardson joined the post office in August of 1973. Postage stamps were eight cents. Affordable computers were just beginning to hit the market, and a lot of the automated work the post office is known for was done by manual labor.

“When 18-wheeler trucks came in, we had to load the mail one sack at a time and work one tray at a time,” Richardson said. “One tray is possibly two foot long and possibly 600 letters to a tray.”

Richardson made a lot of friends at the post office, among his co-workers and customers. The post office took care of him, and he enjoyed working in Brookhaven, where he was born and raised, he said.

“It was like, every day I would get to see these people I grew up with,” Richardson said.

Now that he’s retired, Richardson plans to enjoy the important things in life.

“My wife and I, we’re going to travel a lot probably in the next few years,” he said. “We’ll just enjoy life and take care of our grandkids and great grandkids. And probably do a lot of barbecuing.”