Mysterious disease inspires student to give 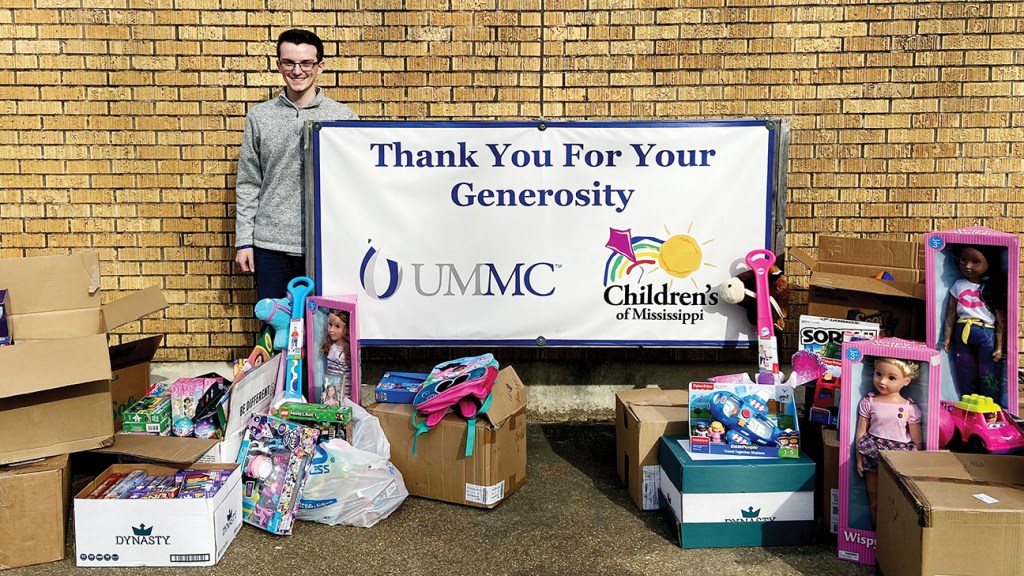 Tristan Jaudon was 13 when the headaches started. At first they were manageable, but they got worse. By the time Jaudon was a freshman in high school, the headaches had progressed to constant, daily migraines that didn’t respond to any over-the-counter medicine.

“We really had no idea what we were getting into,” Jaudon said.

Jaudon was ultimately admitted into Blair E. Batson Children’s Hospital, where he went through a variety of tests. Nobody had any idea what his condition might be. Jaudon said he was tested for everything from lyme disease to cancer.

Jaudon was ultimately diagnosed with postural orthostatic tachycardia syndrome, also known as POTS. It’s a disease that responds well to treatment, and Jaudon said he’s feeling fine. He believes he may have even grown out of it. But during two stays at the children’s hospital, Jaudon learned a lot, and — as he tells it — it was the other children who did the teaching.

“One day a nurse came to my room and gave me an envelope,” Jaudon said. “In it was a hand-drawn get-well card from the children in the cancer treatment center with more than 20 kids’ signatures. At that moment, I was stunned. I could not believe they wrote a get-well card for me with everything they were going through.”

Jaudon said, up until that time, he’d mostly been concerned with himself and his own problems. But he was touched by the empathy shown to him by those children.

“I thought, maybe it’s not all about me,” Jaudon said. “Maybe I could change other people’s lives.”

Today, Jaudon is a student of Copiah-Lincoln Community College, where he studies business and accounting. Throughout the month of November, Jaudon began collecting toys to donate to the hospital. At first, Jaudon worked alone, and he had difficulty finding donors.

Jaudon spent some time brainstorming with his mother, Mandy Cain, and together they came up with a plan.

“Nobody likes a competition better than athletes,” Cain said.

Jaudon approached the athletic director, Bryan Nobile, and asked him for help setting up a competition involving two teams with a clear rivalry — the boys baseball team versus the girls softball team.

The gambit was a success. With the help of the baseball and softball teams, Jaudon’s 30 toys grew into more than 500. The softball team, donating 361 toys in total, were the clear winner. They will be treated to a free pizza lunch, and in January will have the opportunity to visit the children.

And Jaudon? He got the opportunity to show children at Batson that someone cares, much like they showed him.

“Being sick in the hospital during Christmas is especially hard on a child and their parents,” he said. “Bringing a smile to the children’s faces and brightening their day meant the world to me. My hope is to inspire others to give back to their communities in the same way the children at Blaire E. Batson Children’s Hospital inspired me.”