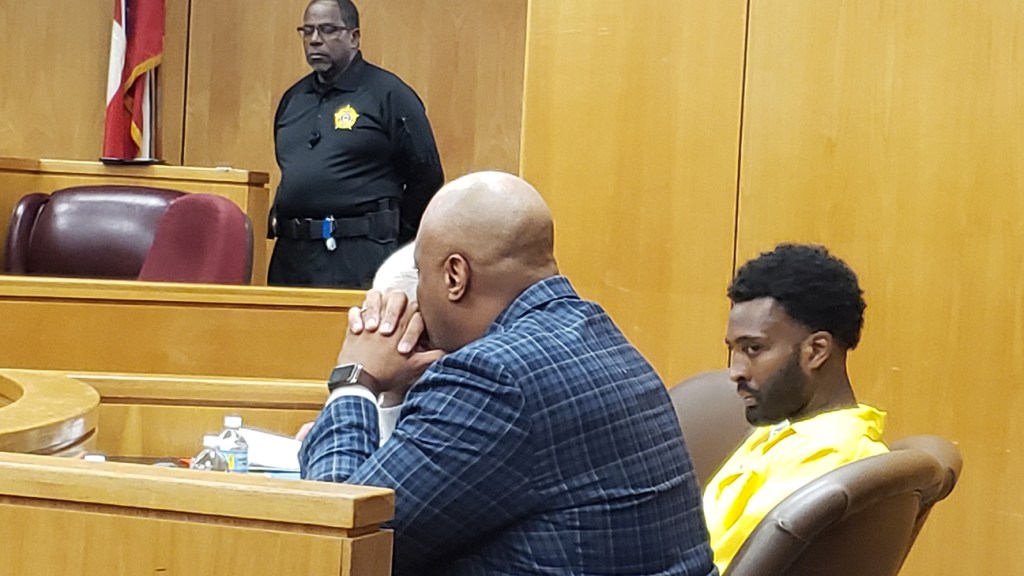 Photo by Donna Campbell Marquis Flowers waits for the judge to enter the courtroom Tuesday for a status hearing in a capital murder case involving to Brookhaven police officers killed in 2018.

Prosecutors in the capital murder case of Marquis Flowers have asked the State Crime Lab to speed up with ballistics and DNA testing.

“We have contacted them and had them put a rush on this,” Adams said.

Flowers, 27, was indicted Oct. 28 on two counts of capital murder in the deaths of Cpl. Zach Moak, 31, and patrol officer James White, 35, and possession of a firearm by a convicted felon. Flowers, through his attorney, pleaded not guilty Nov. 12 to all three counts.

The hearing Tuesday was delayed about 45 minutes because of a transport issue getting Flowers from the Central Mississippi Correctional Institute in Pearl to Brookhaven. When it finally began, it lasted just five minutes.

After the state gave Taylor an update, the judge asked the same of defense attorneys Kelsey Rushing and M.A. Bass, who sat on either side of their client. Neither had new information to bring before the judge.

The next status update is set for Jan. 21 at 1:30 p.m. in Lincoln County Circuit Court.