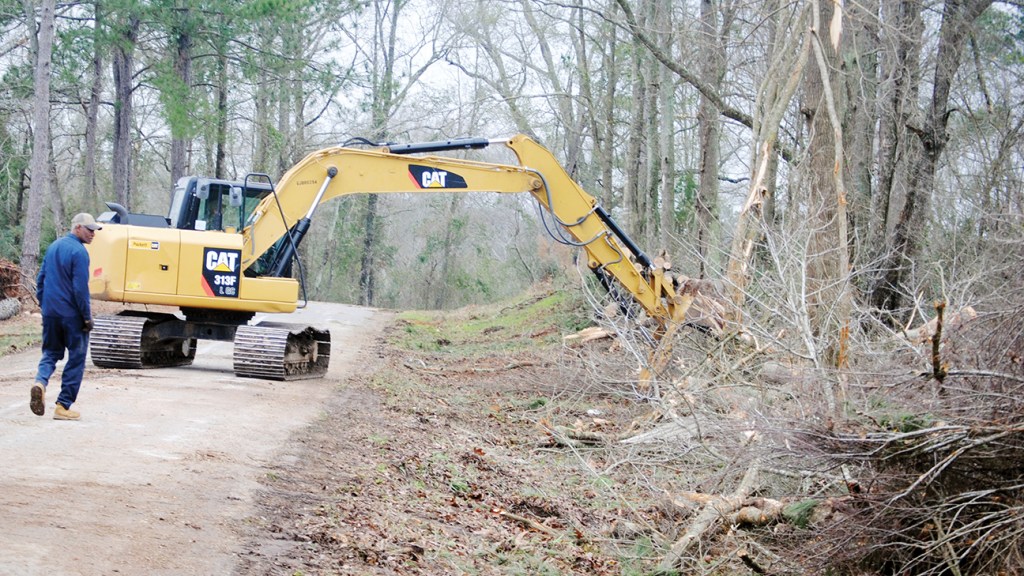 Photo by Aaron Paden Workers clear debris from Daughdrill Road Tuesday from a tornado that touched down Monday night.

It was a long night for Lawrence County schools. As severe thunderstorms, flash flooding and tornadoes rolled through the county Monday, students were required to stay indoors until late in the evening.

Lawrence County schools were in the process of loading children onto buses for dismissal when tornado warnings were issued. Some buses, already beginning their routes, were forced to stop at Monticello Elementary for the students’ safety.

“We had administrators and teachers from one school going over to another school to help with this extra population of kids,” Assistant Superintendent Twyla Oakes said. “Everybody pulled together.”

Oakes said the teachers and administrators were vital in keeping the children calm during the crisis.

“Especially when you’re dealing with younger kids, they can get upset,” Oakes said. “Having familiar people around is much more calming.”

Oakes said she believes the last children were loaded into buses to return home by 7 p.m. When the tornado warnings expired, all of Lawrence County’s students were eventually returned safely to their homes, she said.

Overall, Lawrence County Emergency Manager Tony Norwood said most of the county did not receive major damage in the storm, but heavy rains did lead to flash flooding and at least one tornado did touch down on Daughdrill Road just north of Silver Creek, leading to downed trees and some property damage.

“We come out pretty good,” Norwood said. “I’ve gotten reports of two homes with damage. They’re fully insured. I’ve got three chicken homes with major damage. All of my damage that has been reported is just north of Silver Creek.”

Norwood said there were as many as four or five radar-indicated tornadoes in Lawrence County Monday. He watched a funnel cloud pass by Monticello. But Norwood believes that the tornado on Doughdrill Road is the only one to actually touch down.