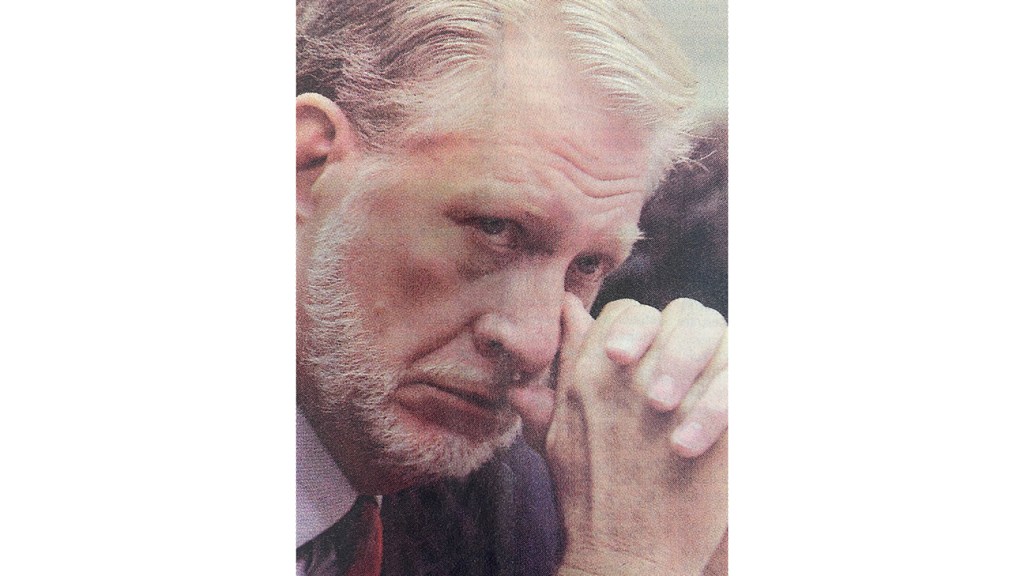 A federal judge has ordered the release from prison of former WorldCom CEO Bernie Ebbers — a one-time Brookhaven billionaire — after serving 13 years of a 25-year sentence for his part in one of the largest corporate accounting scandals in U.S. history.

Ebbers, 78, was sentenced to a quarter century in federal prison for orchestrating a $11 billion accounting fraud by the defunct telecommunications company. The former WorldCom chief executive officer was convicted in 2005 on nine counts of conspiracy, securities fraud and making false regulatory filings after he was accused of orchestrating an $11 billion accounting fraud to try to cover it up.

Ebbers was not in court. His daughter, Joy Ebbers Bourne of Madison, told The Daily Leader he has been hospitalized, but did not say where. She said her family is not giving statements to the media at this time, but plans to release a statement after he is home.

Several family members who attended the proceeding rejoiced, sobbing and hugging one another, when the judge announced her ruling and said a written decision would be released at a later time.

“I’ll get to hold his hand,” one woman called out. Another threw her arms into the air as the judge stepped down from the bench.

Ebbers had been scheduled to be freed in 2028 before Wednesday’s ruling in U.S. District Court in Manhattan.

Federal prosecutors in a court ruling in November had suggested Ebbers was faking illness to win early release. However, Ebbers’ family said he was suffering from dementia and had lost a dramatic amount of weight.

Ebbers, who had been serving his time in a federal prison in Forth Worth, Texas, will live with his family in Mississippi upon release.

Ebbers turned WorldCom into the nation’s second-largest long distance telecommunications company through a series of rapid acquisitions that left it heavily in the red.

The Mississippi-based WorldCom collapsed and went into bankruptcy in 2002, causing losses to stockholders, including people who had invested through retirement plans.

The collapse followed revelations of an $11 billion accounting fraud that included pressure by top executives on subordinates to inflate numbers to make the company seem more profitable.

WorldCom eventually filed for bankruptcy, and its stock price tumbled from $64 per share to a little over $1.

WorldCom emerged from bankruptcy in 2004 and rebranded itself MCI, the name of a telecommunications company WorldCom bought years earlier. During bankruptcy, the company moved its headquarters from Clinton to Ashburn, Virginia.

Bourne was seeking his early release based on reform to Compassionate Release laws. Compassionate release can allow an inmate over the age of 60 to receive a reduction in sentence and release from prison. Ebbers qualifies due to his age, time served and his current medical condition.

The judge said she had received letters from some who never recovered from huge financial losses to say he should be left to die in prison. But other letters were written in support.

Attorney Graham Carner told the judge that Ebbers’ health had gone into such steep decline that it was possible he might not live another 18 months. Among other problems, he suffers heart disease, he said.

“The situation for Mr. Ebbers is dire,” he said.

Assistant U.S. Attorney Jason Cowley told the judge that releasing Ebbers early would send “a terrible message to the rule of law” because it would cut his sentence in half.

When he was sentenced in 2005, local investors and associates remained supportive of Ebbers.

“It’s not justice; it’s politics,” Ernie Clark, a local real estate broker, said in 2005. “To take one man’s word over another’s is ridiculous.”

Developer John Lynch said at the time he was surprised Ebbers was found guilty on all the charges. He invested money in WorldCom and lost money, but said he held no animosity toward Ebbers.

A class-action lawsuit brought against Ebbers called for him to pay $5 million up front and to place the remainder of his assets in a trust that was expected to be sold for an estimated $25 million to $40 million. The lawsuit was brought by investors who lost billions of dollars when WorldCom collapsed.

Ebbers owned several pieces of property in Lincoln County at the time, which included pasture land, a home he built with more than 800 acres, 1,302 acres with two homes and a lake, Brookhaven County Club and Columbus Lumber Co. A high bid of $7.5 million was presented for Ebbers’ main residence, which was located on the south side of Hwy. 84, and two other homes located on the north side of Hwy. 84 and acreage around the homes.

Ebbers was well known — and largely well liked — in Brookhaven before WorldCom collapsed. He was a regular at Easthaven Baptist Church where he taught Sunday school.