Insanity plea not likely for Godbolt; suspect accused of killing 8 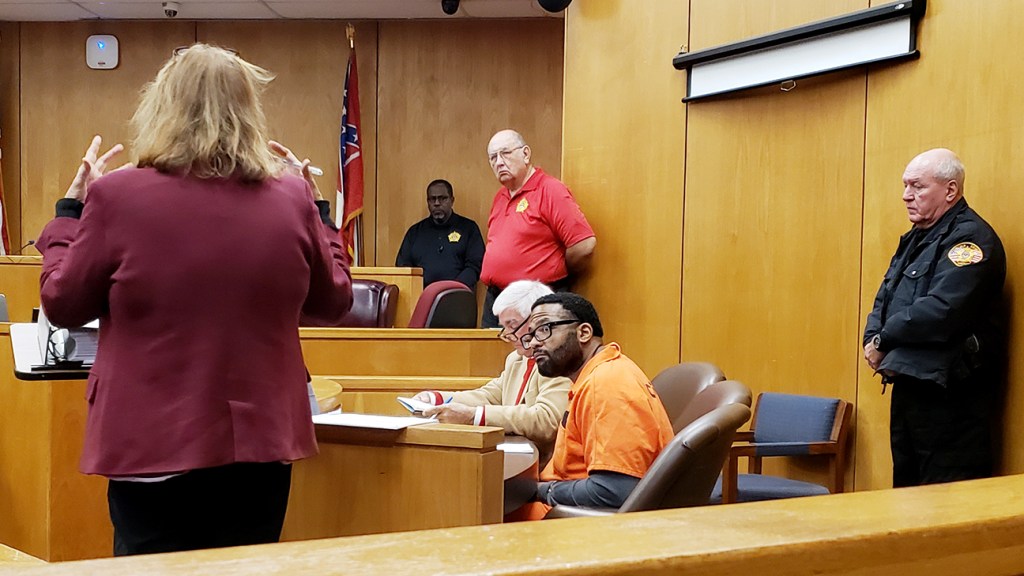 Photo by Donna Campbell Cory Godbolt made an appearance in court in Lincoln County Wednesday.

The capital defense team for Willie Cory Godbolt — the man accused of shooting to death eight people in a two-day killing spree — won’t likely use an insanity plea even though the defendant underwent a psychological exam.

At a status hearing in Lincoln County Circuit Court Wednesday, Assistant District Attorney Brendon Adams pointed out that prosecutors had not been given a copy of the evaluation and the Feb. 10 trial date is quickly approaching.

Godbolt, 37, is charged with four counts of capital murder, four counts of first-degree murder, attempted murder and kidnapping charges in connection with the May 27 and 28, 2017, killings of eight people from Bogue Chitto to Brookhaven. He was arrested early on May 28, 2017, and has been held in the Copiah County Jail ever since, making several short appearances in court for status hearings.

Adams questioned defense attorney Allison Steiner, who is with the capital defense counsel division of the state public defender’s office, about sharing the results of the evaluation.  Prosecutors are concerned they may need to have Godbolt evaluated by a doctor as well, “as not to force us to have to ask for a continuance,” he said. “If they have things they need to turn over to us they need to turn it over in a timely manner.That way we can prepare for trial, as well.”

Strong pointed out that the state had filed a motion earlier for Godbolt to undergo a psychological exam and Steiner objected to it.

“You’re not telling me as we sit here that there’s any issue of competence are you?” Strong asked.

She said she did not anticipate an insanity defense for her client.

The prosecution did not make any motions to discuss at the status hearing, which Godbolt attended. Several members of the victims’ families sat in the audience and watched in silence.

The state and defense both made suggestions for the number of jury summonses they would like to see mailed to DeSoto County registered voters. A jury from DeSoto County will hear the case against Godbolt at a trial that will be held in Pike County at the courthouse in Magnolia.

Adams spoke with the DA’s office in DeSoto County and was told their rate of return is 40 to 45 percent of potential jurors who will show up for trial. He suggested 750 summonses be mailed considering the publicity of the case and the inconvenience to the jurors who will be relocated away from home for several weeks.

“We’d rather have too many than not enough,” he said.

Steiner suggested less than half of that.

Strong said he discussed with the circuit judge in DeSoto County the size of a pool needed to find 12 jurors and three alternates rather than the usual two.

Steiner took advantage of the status hearing to reiterate to the court she does not think the defense team will be adequately prepared for the Feb. 10 trial date. She filed a motion to reset the date Sept. 29, which Strong denied.

The next status hearing is set for Jan 16 at 9 a.m. at the Pike County Courthouse in Magnolia.