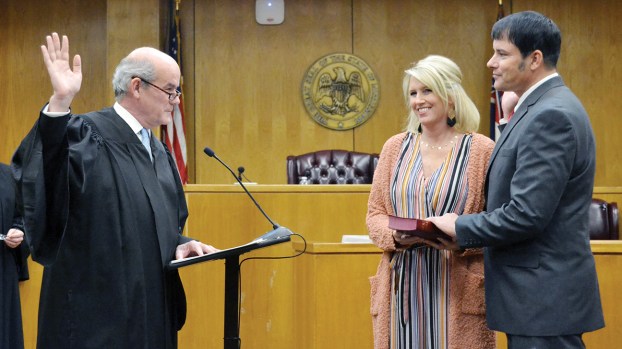 Photo by Donna Campbell Judge Michael Taylor administers the oath of office to Circuit Clerk Dustin Bairfield Monday, as Tonya Bairfield holds a family Bible for her husband to swear on. 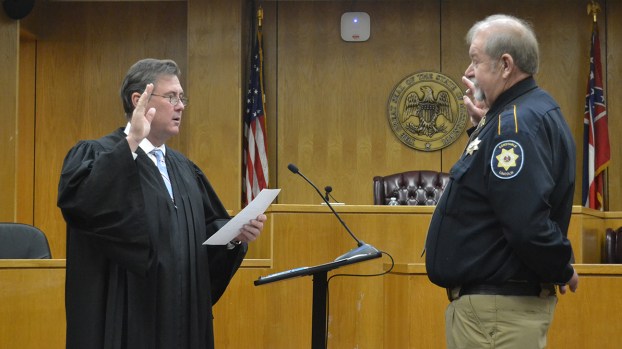 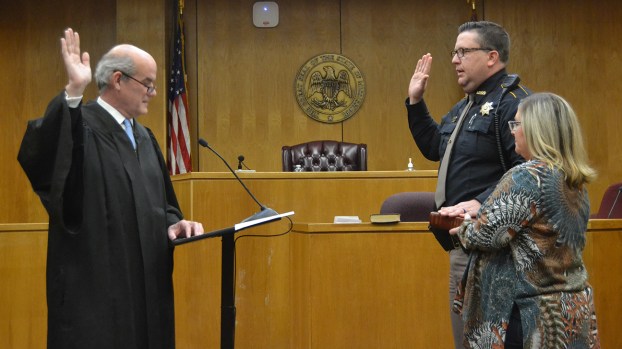 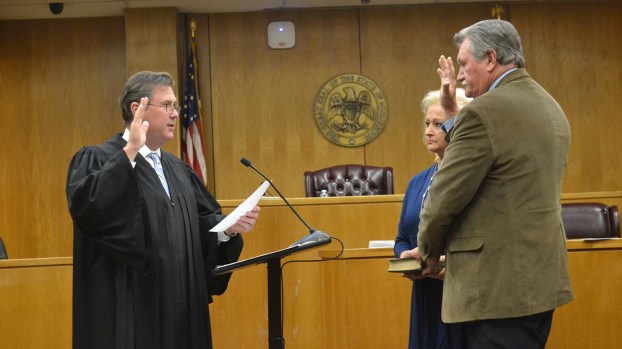 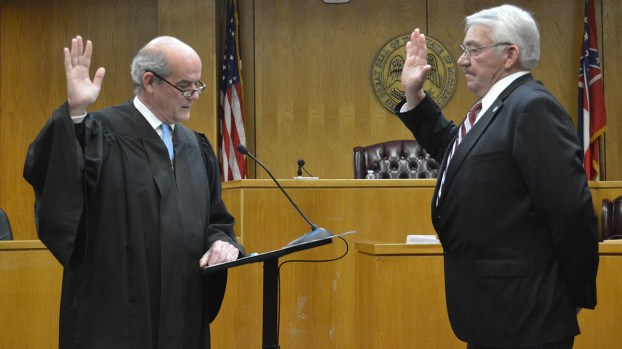 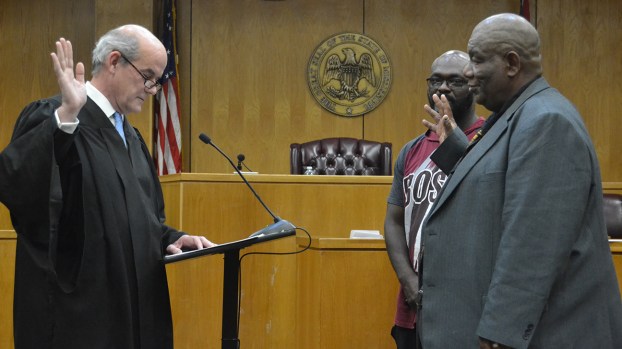 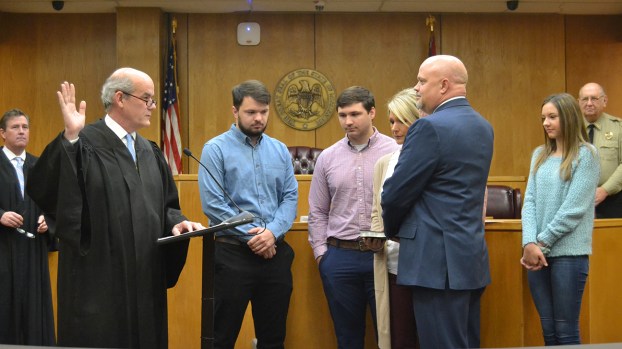 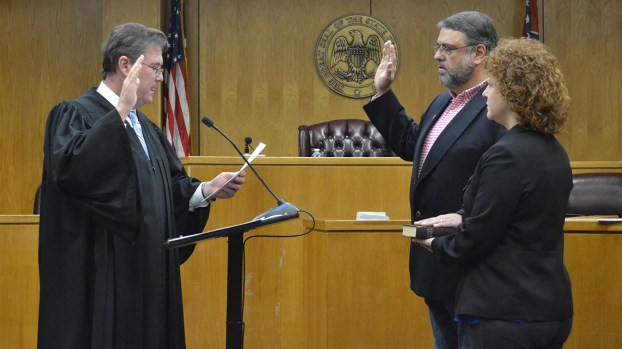 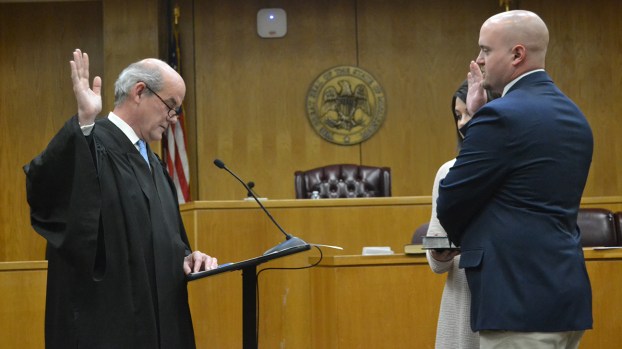 One of the two circuit judges administering oaths of office to Lincoln County elected officials Monday urged them to remember the day.

The ceremony took place in the Lincoln County-Brookhaven Government Complex in the circuit courtroom.

“We do this and you take these oaths, it means something,” Taylor said. “Those of us who are office holders, it’s a huge responsibility. You witness us make an oath before God and to do our best and to use powers that people gave us in the election for the right purposes.”

Taylor said officials may look back on this day over the next four years.

“I would urge you, when you get those phone calls, and you think, ‘Why did I run for this?’ Remember the oath. Remember today. Remember you stood here and said you’d do it,” he said. “It’s difficult work. Do it so people will like you. Do it so you’ll get to keep it. But if none of those things motivate us, do it because you swore to God you wanted it. Do it right.”

Following the ceremony, Lincoln County deputies were also sworn in.