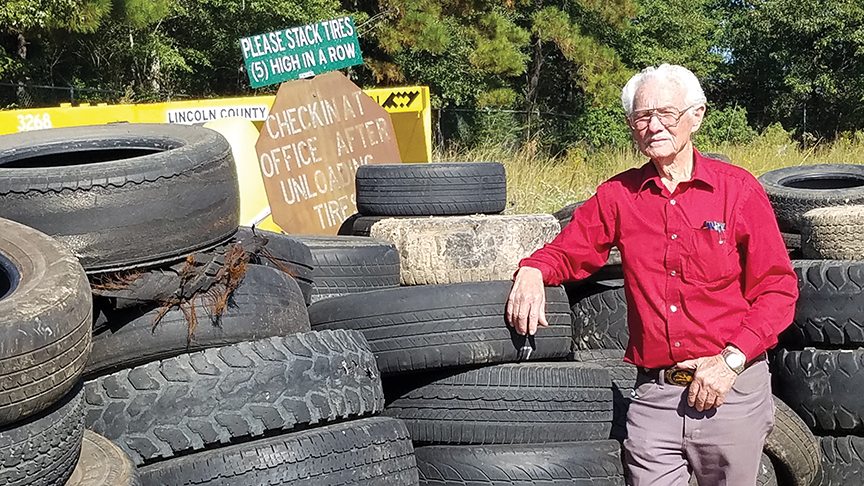 For more than two decades, Bobby Watts has served Lincoln County as District 2 supervisor. He’s retired from that job now, but he isn’t planning to retire from life.

Work has been so important to Watts’ life that he never wants to quit. Despite being 88 years old — he’ll turn 89 soon — he’s hoping to find someone who needs a hand to take him on.

Shortly after getting married — before he became supervisor — Watts started a bulldozer company.

When he first started out, Watts said he didn’t have any money to his name. He got a loan for his own bulldozer and grew the business to more than 20 employees. He continued to run the business even after becoming supervisor, only stepping back when he was forced to because of health issues. He ran that business for more than 30 years, and it was there that his work ethic got a chance to shine.

“I went to far off places because people wanted me to do the work,” Watts said. “They (told) me, ‘It’s a long way but we know when you get through with it, it’s right.’”

Watts said that work ethic has always been an important point of pride for him. He ran his business properly, and he never left anything half done. He wants to continue his labors for the rest of his life.

“It’s up here,” Watts said, tapping his temple. “I was born with it. I can do anything out there like that. I don’t do nothing else.”

Jerry McGehee was sworn in Friday to become the next District 2 supervisor. Watts said McGehee has worked for him in the past, and he’s confident that he will do well in the position.