Retiring public servant: ‘Do what you know is best’ 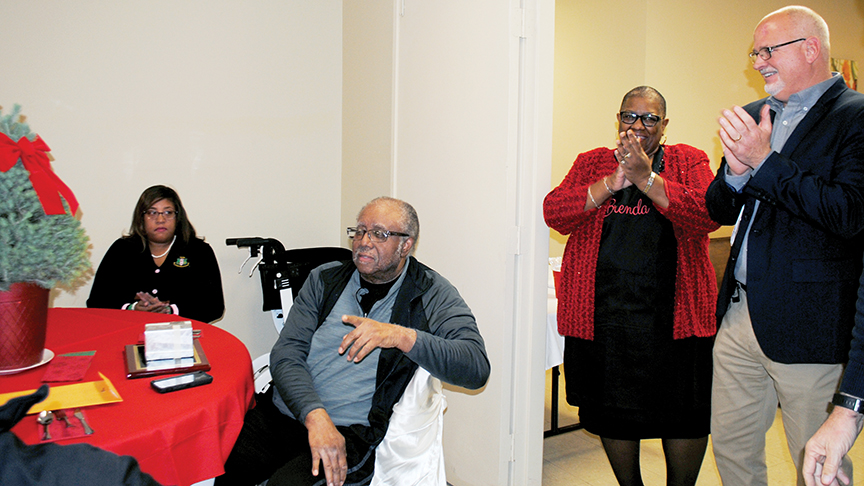 As community leaders looked on recently, Brookhaven Mayor Joe Cox read a document — one approved by the Board of Aldermen — honoring the many years of public service that James Tillman has given the city.

“The bad thing is you’ve got to sit here and listen to this while I read it,” Cox joked to Tillman during the dinner. “There’s a lot of ‘whereas-es’ here.”

But Tillman started out as a teacher, and moved his way up the chain to administration.

“I was a principal for many years, and then I became an assistant superintendent,” Tillman said.

Tillman said he made a lot of friends in his community while working as an assistant superintendent, and was appointed to fill a seat in the Brookhaven School District Board of Trustees.

Whether in an appointed or elected position, Tillman said the key to public service is to be available to the community. People, said Tillman, need someone who will listen to them.

“Put the work into it and do what you know is best for the children,” Tillman said. “You always put the children first.”

Following his retirement, Tillman’s seat on the school board was taken over by Patrick Brown, who was sworn in Dec. 24. Tillman said his successor should take the position seriously and put children first.

“I think school board member is a very important position,” Tillman said. “You are involved with parents of the schools. You have to be mindful and do what’s right for the children. There’s going to be some concerns with the parents, but as long as you put the children first, you’ll be OK.”

Tillman has taken a step back from public service to enjoy his retirement. He can’t move around like he used to. But Tillman said he has enjoyed his time working for the city, and the friends he has met along the way.

“I appreciate the confidence that the mayor, the board of aldermen, the superintendents and the people put in me to serve as many years as I did.”