Moak, White to be honored Saturday 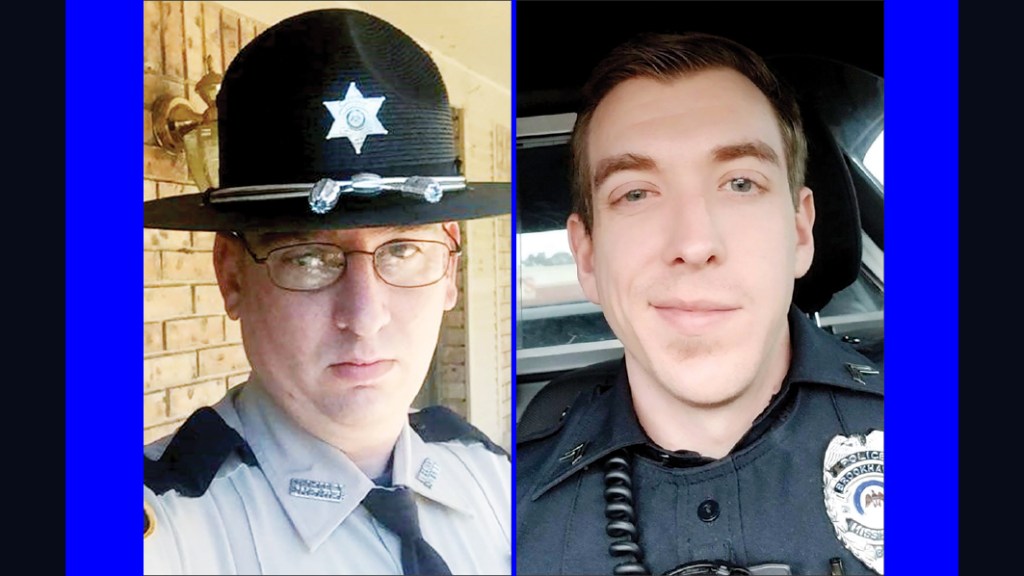 Patrolman James Kevin White, left, and Cpl. Zach Moak were killed in the line of the duty.

Two officers killed in the line of duty in 2018 will be recognized Saturday by one of the nation’s oldest organizations.

The Sons of the American Revolution will hold its quarterly meeting at the Lincoln County Public Library from 2 until 4 p.m. The group will start the meeting with an awards ceremony.

The two officers were killed Sept. 29, 2018, while responding to a shooting on North Sixth Street.

The Brookhaven Fire Department will also be presented with an award. Originally, SAR planned to give the medal to Fire Chief Tony Weeks, but Weeks declined.

“He didn’t want the medal for himself,” Nolley said. “He wanted it for the whole fire department. He’s going to hang it in his new fire station.”

As the name implies, members of The Sons of the American Revolution have ancestors who served in the Revolutionary War.

“It’s been around about 200 years,” Nolley said. “You have to be a direct descendent of a veteran of the revolutionary war or someone that contributed to the war in some form. You have to document all the way back to that ancestor.”

Nolley — himself a veteran of the Vientam War — said one of his ancestors was one of Morgan’s Riflemen, a group of sharpshooters working under the command of General Daniel Morgan.

“They used Kentucky Long Rifles,” Nolley said. “The British were using smoothbore rifles which were very inaccurate. They couldn’t shoot long distances. Morgan’s Riflemen would be out about 300, 400 yards and the British couldn’t touch them.”

Nolley said the South-Central Mississippi chapter has about 16 members, and they are always looking for more. Every chapter has a dedicated genealogist, and Nolley said records for revolutionary veterans are generally good.

“That’s pretty well documented,” Nolley said. “Most of them got pensions after the war. Ancestry.com helps tremendously. They’ve got lists of everybody that ever served in the (US) military in all the wars.”