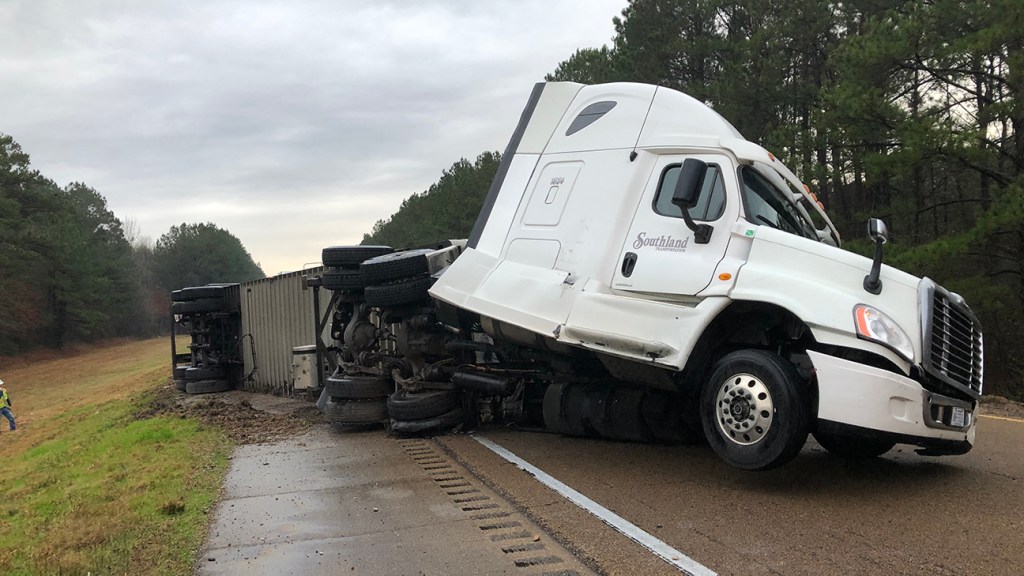 A crash involving one truck on I-55 northbound near mile marker 44 left two miles of the interstate closed for close to eight hours Friday morning. Mississippi Highway Patrol responded to the call at 2:24 a.m. and promptly re-routed traffic off at exit 42.

“The truck jackknifed and rolled over, blocking the highway,” MHP trooper Craig James said. “There were no injuries. He was the only vehicle involved.”

While the truck was not an oil tanker, it did contain petroleum-based products like antifreeze, and the Mississippi Department of Environmental Quality responded to the accident.

“DEQ did respond and a hazmat company pumped some containers from within the truck,” James said. “(It was) just a precaution, so it wouldn’t spill when they began. If there was any spillage on the highway as a result of the wreck, it was minimal.”

MDEQ Chief of Emergency Response Cody Fisher said that MDEQ responded to the accident between 7 and 8 a.m.

James did not comment on the cause of the accident, but he did caution drivers to pay attention when driving on the interstate in inclement weather.