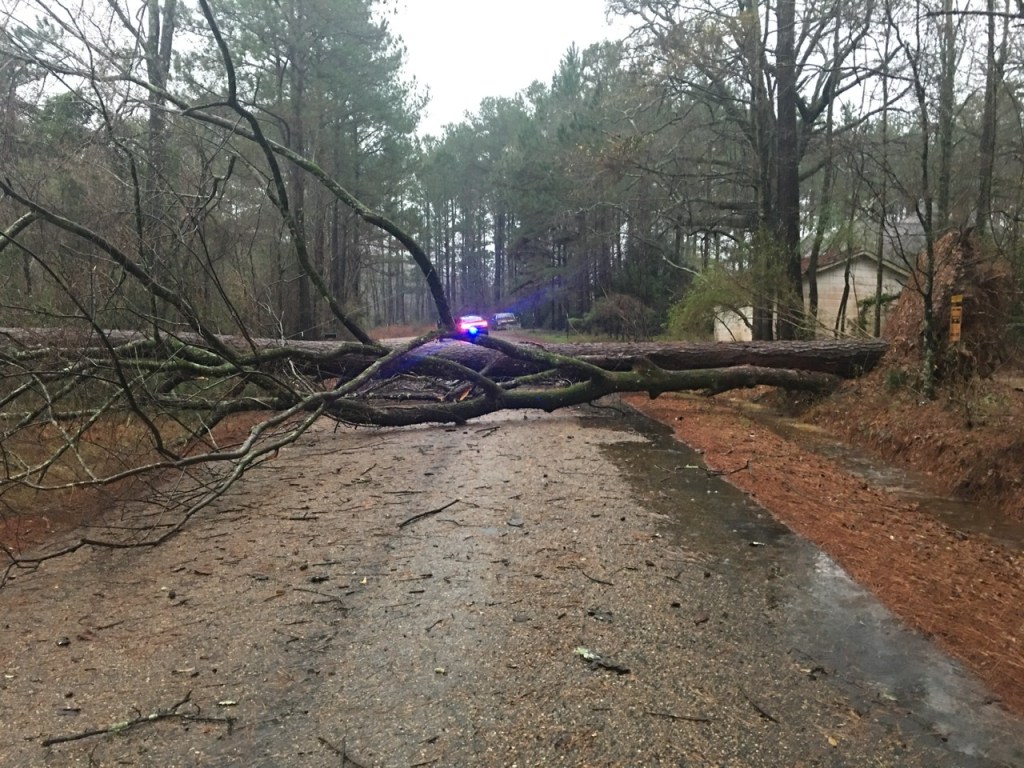 A tree was downed on Mission Hill Road near Co-Lin. Submitted by Adam Northam

Trees and lines were reported down in West Lincoln, Enterprise, Bogue Chitto and near Wesson. Hundreds were without power following the storm.

It was a similar story in Lawrence and Copiah counties. The weather service reported a tree fell on a car along I-55 in Copiah.

Lincoln was under a tornado warning for about 45 minutes as the storm moved across the county from west to east.

Flash flooding was also reported across the county and in Brookhaven.

Emergency officials reported there were no injuries or significant damage.