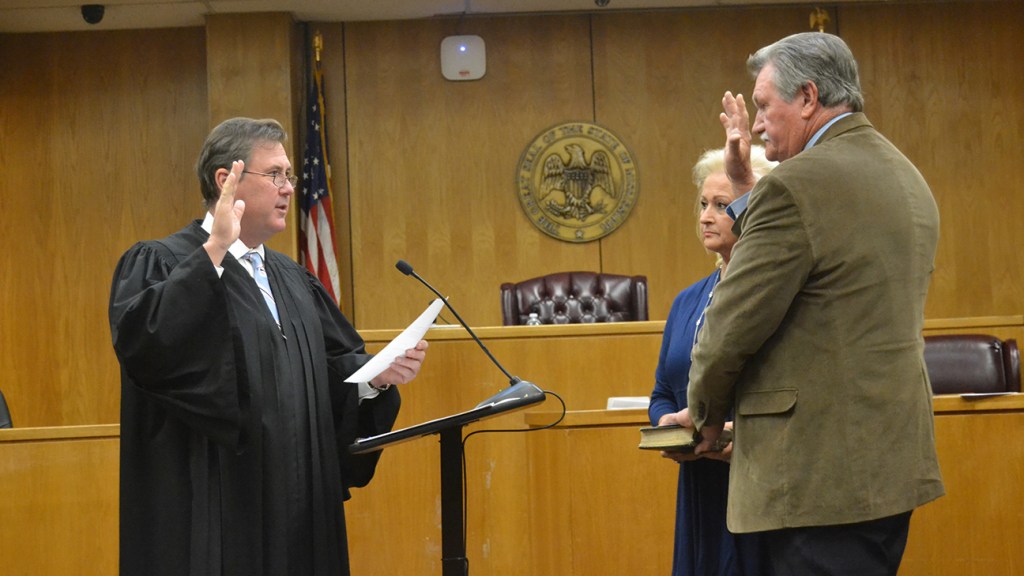 A Lincoln County supervisor plans to meet with the state auditor’s office this week to clear his name after a report on a Jackson TV news station featured him and three other supervisors in a story called “Cooking the Books.”

The piece that aired Jan. 8 named District 4 Supervisor Doug Falvey and District 3 Supervisor Nolan Williamson and showed their photographs in a story about elected officials implicated for mishandling funds who were re-elected after being investigated.

Each demand received by the supervisors was worth $5,666 and includes investigative costs and interest. Bishop paid the demand for each of the four supervisors.

Falvey denied that the vote ever took place, despite it being recorded in the minutes. He said he doesn’t know how it ended up in the minutes, when he didn’t vote for it, and it wasn’t in the minutes when he voted to approve them.

The TV report said White’s office claimed both men, along with two other former supervisors, voted to improperly pay the employee for bookkeeping services, and were ordered to pay the state.

One of those two “former” supervisors is Brown, who was re-elected to another four-year term for District 4 and currently serves as president. The other is Watts, who retired as District 1 supervisor last year and did not seek re-election.

White told the TV reporter, after Williamson and Falvey’s photos flashed across the screen, “They stole that money. They stole it from you directly. They looked you in the eye every single day when you walked in that office. When you saw them at church. And they knew they were taking money that belonged to you, and I’m the guy that comes along after the fact and holds them accountable.”

However, according to White’s communications director, Logan Reeves, the two supervisors were not mentioned in the auditor’s interview with the TV station and he was not referring to them with his comment.

Falvey asked to address the board Tuesday during its regular meeting, which was held a day later because of the MLK Day holiday.

“Nolan Earl’s and my pictures came up on WLBT’s screens and said we had stole money from Lincoln County, and that we go to church with the people down here and we socialize with them and we’re friends with them then we go to work and we steal money from them, and we got re-elected,” he said.

Falvey said the report hurt him, but what hurt more was when he attended First Baptist Church of Madison Sunday. His son is pastor.

“I went up there last Sunday and I had not sat in the pew good when somebody came up to me and said, ‘Well, I see they made it so hot for you in Lincoln County you had to get out,’” he said. “About 2,500 people go to that church. How many of those people saw that and said to themselves or their neighbor, ‘Did y’all see what our pastor’s father did?’ And guys, I haven’t done anything.”

Falvey wants to clear his name.

“I thought that was why we had an attorney, to clear our names and keep us out of trouble. But there was no attempt made to clear it,” he said. “The public was shown that we were stealing from this county and we got re-elected and there’s nothing further from the truth than that.”

Falvey said supervisors have “lost control” of employees, pointing to overtime that shouldn’t be paid and county employees “riding family in county vehicles.”

Falvey has talked with White’s office and is meeting with his staff Thursday.

“I’m going to clear my name whatever it takes,” he said. “It’s time that we step up to the plate and do the right thing for this county.”

He said the board must hold people accountable but instead they come to the meetings and keep a blind eye.

Williamson said three people approached him at church about the report after it aired.

Falvey urged the board to work better together.

“We go around and do things behind people’s back. We don’t sit here as a board and communicate and talk and figure out what we can do that’s best for this county,” he said. “We want to stick with what we’ve done for all these years, no matter what it costs the county, that’s what we’re going to do.”

Edited 1-23-20 to clarify that auditor Shad White did not discuss Lincoln County supervisors in his interview with WLBT.