Bairfield is soccer Coach of the Year 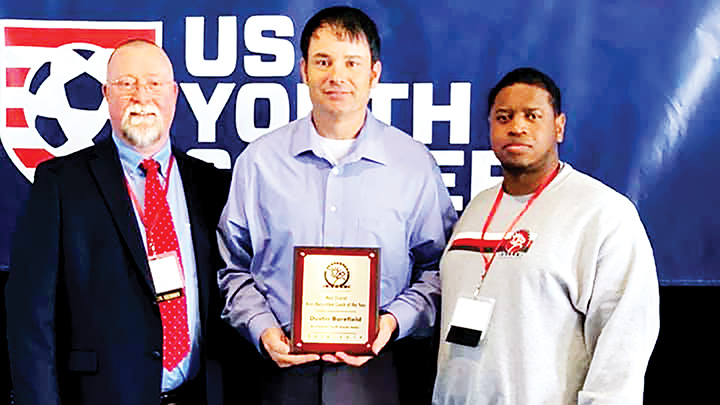 If you only know Dustin Bairfield from his position as an elected official — he’s the Lincoln County Circuit Clerk — then you might not realize that he’s passionate about other things than voting machines or absentee ballots.

Bairfield has a great love of soccer, specifically of grassroots soccer and growing the game in Southwest Mississippi. His efforts in that area were recently recognized when Bairfield was named 2019 Coach of the Year by the Mississippi Soccer Association.

Like many parents in the area, Bairfield got his first taste of coaching soccer through the Brookhaven Recreation Department. He’s also earned a D coaching license through US Soccer and a United Coaches Goalkeeping Level 1 license.

For the last three seasons Bairfield has also served as an assistant coach at Brookhaven High. He’s also a licensed USSF referee.

“The passion and love that I have for soccer continues to grow both on and off the field,” said Bairfield. “I feel that we as coaches play a major role in a player’s life. The impacts of the game in relationship to life are moments that we get to instill character and develop our players.”