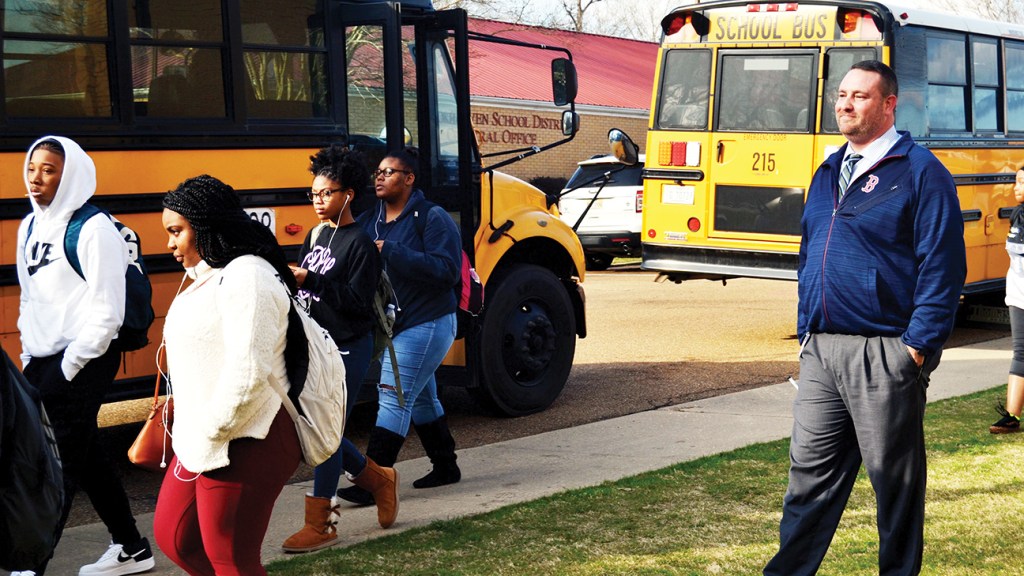 Martin, 41, was named deputy superintendent of the Brookhaven School District and his new position will take him across the street to the district office.

After eight years as principal of Brookhaven High School, Martin accepted the board’s offer to move to a higher leadership role in the district. The move becomes effective July 1.

He’ll be second in charge of the district, working alongside the district’s incoming-superintendent, Rod Henderson. Henderson’s promotion is also effective July 1.

Martin’s was one of several applications received for the superintendent position, which becomes vacant in June when Ray Carlock retires. The board chose Henderson, but offered Henderson’s job to Martin.

“I’m excited. I’m ready for a new challenge. Ready for the next school year,” he said. “I’m excited to work with Mr. Henderson and to continue to move the district forward.”

That means there’s a vacancy at the high school, where about 780 students attend the campus. Applications are accepted online through the district’s website.

Martin expects to get his feet wet in the district office by sitting in on budget meetings and policy meetings while continuing his day-to-day operations as principal.

He’s got ideas for improving the district, and plans to share those with Henderson when they step into their new roles.

Martin, a former Lincoln County athlete, moved with his family to Bogue Chitto at age 1. He would eventually play football, basketball and baseball, but three knee surgeries forced him to move into the stands as a fan.

He enjoyed math and problem-solving, and attended Brookhaven Technical Center, where he studied diversified technology (now called engineering). He considered a career in engineering, but after tutoring classmates in math, he realized his passion for math education was stronger. He changed his major.

He taught high school math at Crystal Springs High and then at North Pike Middle School, where he also was football coach, and coached the girls’ basketball team for a year. He taught for three years, but spent his fourth year working on his master’s degree and the following year became assistant principal, Martin said.

Martin is married to Jackie, his high school sweetheart, though it was different high schools. He graduated from Bogue Chitto High, she attended West Lincoln. She is  associate vice president of instructional services at Copiah-Lincoln Community College.

They have a son, Eli, who is a freshman at BHS, and an unofficially-adopted son, Victor Terry, who is now a teacher in Massachusetts. They were Terry’s host family when he attended Mississippi School of the Arts and he remains part of the family.

The Martins attend Johnson Grove Church of Christ, where Martin is a deacon and teaches a young adults class.