Camellias are coming to Brookhaven for annual contest 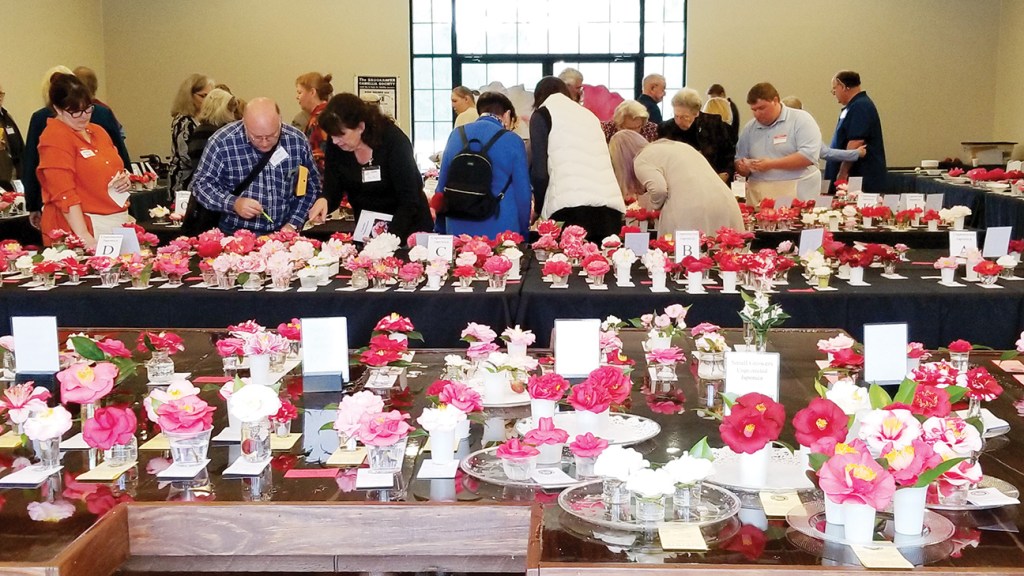 In a Southern winter, the camellia stands out as one of the few sources of color in local gardens.

In celebration of these winter blooms, the Brookhaven Camellia Society will host its annual camellia show Saturday at the Homestead at Brookhaven Nurseries at 946 Hwy. 51. Visitors can enter their blooms from 8 a.m. until 10:30 a.m., and the show is open for public viewing from 2 to 5 p.m.

The Brookhaven Camellia Show is one of the biggest in the region and in past years participants have entered hundreds of blooms for judging.

Perkins said entering the competition and the public viewing in the afternoon are completely free.

“It’s all handled by generous local sponsors,” Perkins said. “They take care of us.”

The camellia, a genus of flowering plants originating from China or Japan — Perkins said growers aren’t quite sure which — is perhaps best known around the world for having the tea plant among its members. Tea is big in the South, but most don’t know that the same genus of plants that gives us sweet tea is also famous for its many thousands of ornamental varieties.

Tea was spread throughout the British Empire by the East India Company in the 1600s, and the popularity of the camellia — both tea and ornamental varieties — has continued to grow from that time.

With hundreds of species and thousands of hybrids, it can sometimes be difficult to know what variety of camellia you have in your garden, but Perkins said that is no barrier to entry in the show.

“If you don’t know what (kind of camellia) you have in your yard, don’t hesitate to come to the show,” Perkins said. “We have a category for unknowns, and you can even win something.”

Perkins, who has been the president of the Brookhaven Camellia Society for the past three years, said during that time he has seen membership triple in size. The Brookhaven Camellia Show has also been the biggest of all of the camellia shows in the region for the past three years, and he expects people from far and wide to bring their blooms Saturday.