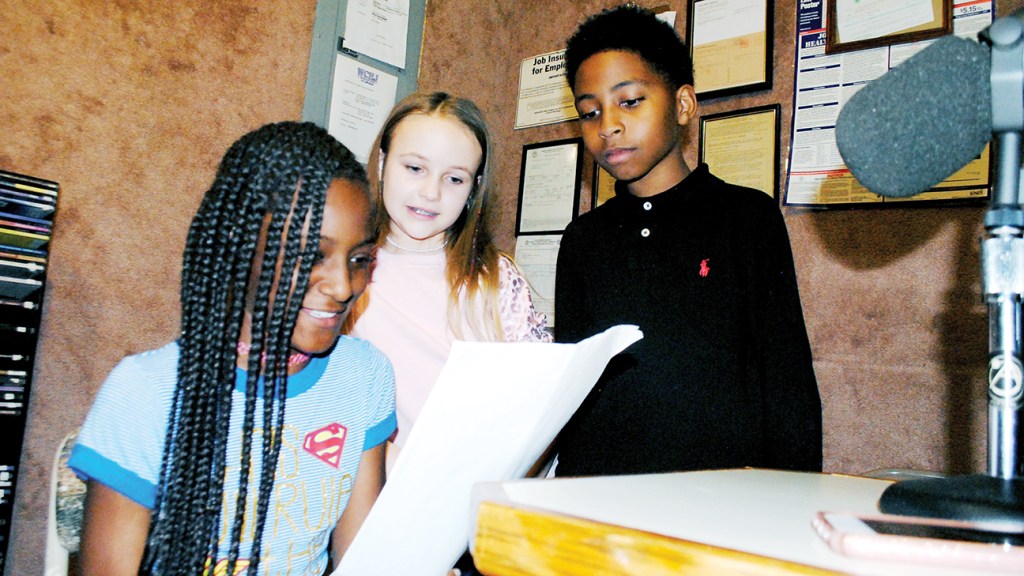 It’s a tradition in Brookhaven for local Christian radio station WCHJ 1470 AM to observe Black History Month by giving children an opportunity to answer questions on the radio while learning about prominent black historical figures.

WCHJ Manager Charles Tillman, along with Boys & Girls Club of Lincoln County Director Melanie Lewis, has observed Black History Month this way since 1998. Some of the children of the Boys & Girls Club are given the opportunity to read essays about prominent black historical figures over the radio, and Tillman follows up by posing questions to the children about what they’ve read.

Gervarius Crockett, Kymauria Shannon and Laina Hart were given the opportunity Monday to read essays about Frederick Douglass, Michelle Obama and George Washington Carver, respectively. The segment began with a bit of humor as Crockett and Shannon left Hart to go first.

“Did you choose to go first or did you just happened to fall into that seat?” Tillman joked to Hart, who started the program by reading her essay on Carver.

“No,” Hart said, put out. Tillman laughed. “None of them wanted to go.”

Carver and Douglass were both born into slavery, but it didn’t stop them from achieving great things.

“He was born a slave,” Hart said after reading her essay about Carver, who taught at the Tuskegee Institute in Alabama and is famous for finding hundreds of uses for peanuts.

“He was born a slave,” Tillman said. “But that didn’t stop him from being a curious person and wanting to learn things.”

“Frederick Douglass fought his whole life for equal rights,” Crockett read. “His belief that blacks should have equal justice made him one of the most important black Americans of his day.”

Shannon finished the segment by reading her essay about Michelle Obama, wife of President Barack Obama. The essay praised Obama for being a role-model for young women and her advocacy work.

“She was an advocate for poverty awareness, nutrition and healthy eating,” Shannon read.

The WCHJ segment runs from 4:30 until 5 p.m. and will air daily for two weeks featuring various students.