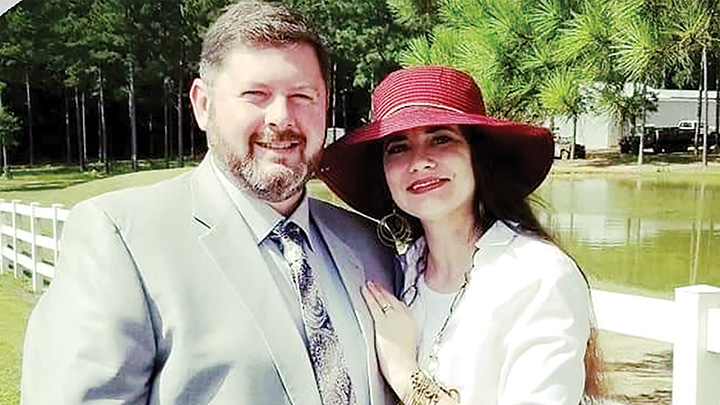 School, church and family are the top priorities of Al Felder, principal of Topeka Tilton Attendance Center in Monticello and leader of Highway 84 Church of Christ in Brookhaven.

Al Felder and his wife Kirsha have four children.

He does have hobbies, such as hunting, but he doesn’t have much time to hunt.

“I stay busy at school and church and try to give my family as much time as I can,” Felder said. “Family time means a lot to me.”

Felder, who grew up in Summit, is in his second year as principal at Topeka Tilton, a K-12 attendance center in the Lawrence County School District. The year before, he was the school’s assistant principal.

The school has been a B-grade school in state test scores for a number of years and Felder said the school is on the verge of becoming an A-grade school.

“We are trying to break that ceiling and get through to the A grade,” Felder said. “We’re close to doing that.”

“Teachers are what make the performance of the school,” Felder said. “We have hard-working teachers and students and things are really looking good this year. We’re trying to make progress.”

Felder said many of the teachers attended or graduated from Topeka Tilton, so they are invested in the school and the community.

“It gives the school a family atmosphere,” he said.

The school has an enrollment of 387 students.

“The teachers have a lot of pride in the school and want to make sure it continues to be the best it can be,” he said. “They’re dedicated and hard-working.”

For instance, teachers often use their work periods to help or tutor students.

He also enjoys interacting with students and “trying to allow them to reach their potential.”

“I’ve always enjoyed working with young people and trying to motivate and encourage them.”

He also has worked in Brookhaven at what was known as the Juvenile Rehabilitation Facility, and is now called the Mississippi Adolescent Center.

His specialist degree, called an Ed. S, is a graduate program that trains educational leaders in decision-making and in ways to have a positive impact on students socially, emotionally and academically.

Felder spends time each summer traveling to different states to preach and attend gospel meetings. As an evangelist, he enjoys interacting with the families in his church.

Another thing he makes time to do is to read and study current educational trends and the Bible.

“It’s good to stay in the scriptures and keep yourself motivated and encouraged,” Felder said.