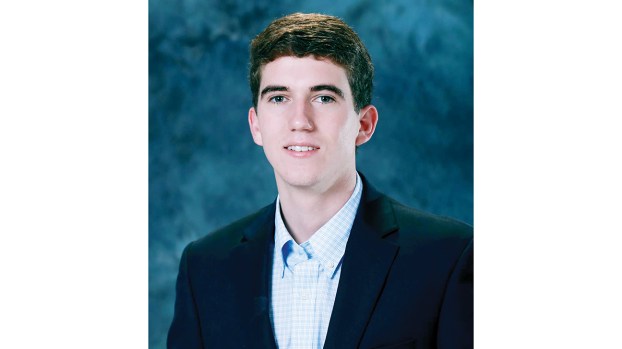 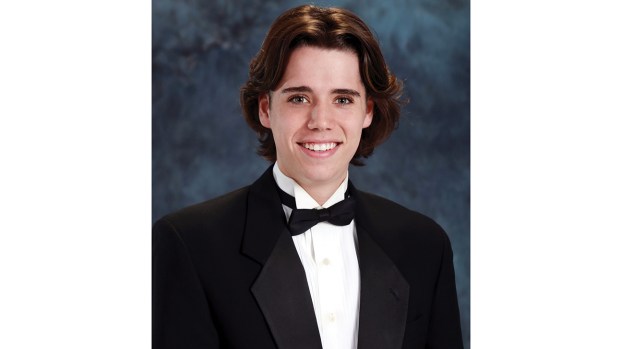 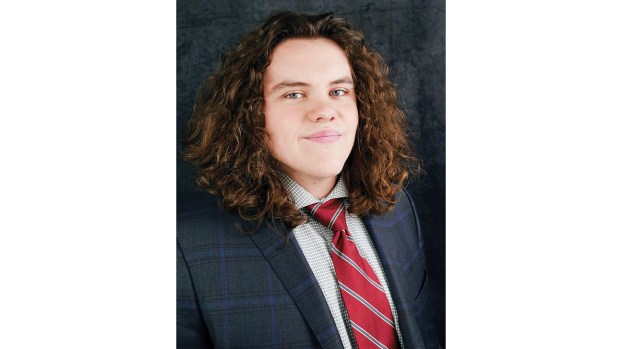 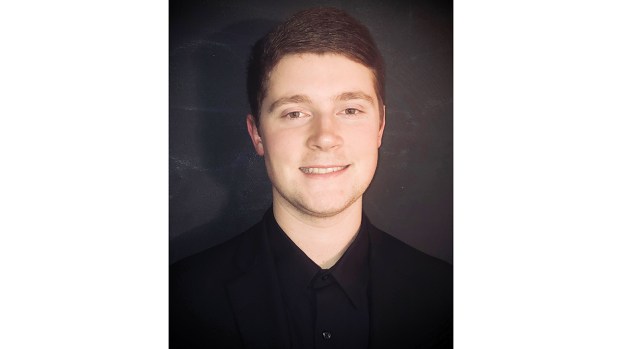 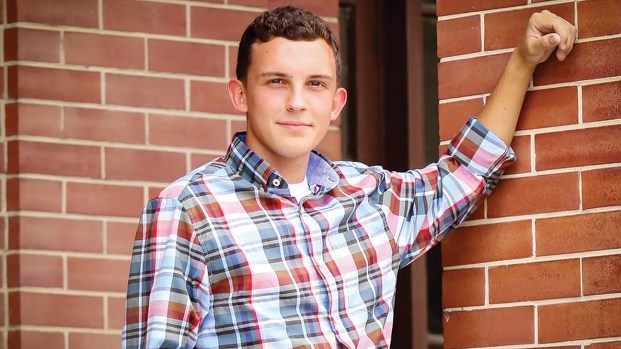 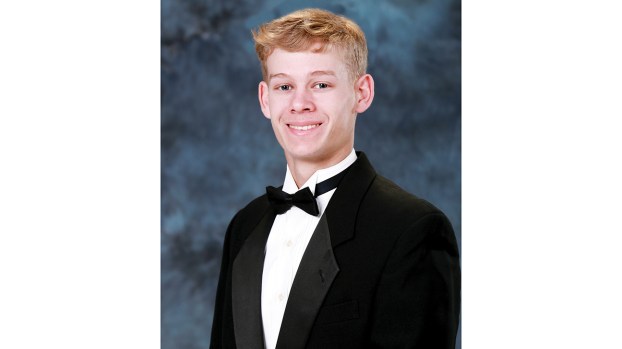 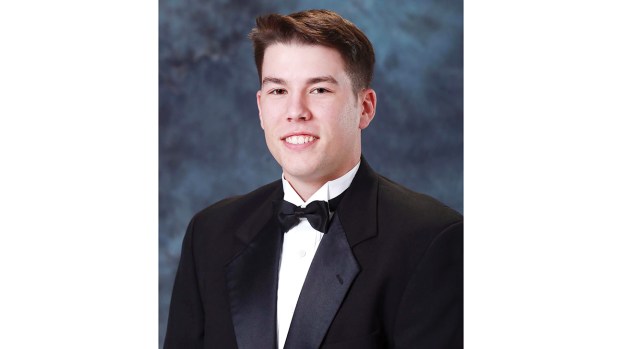 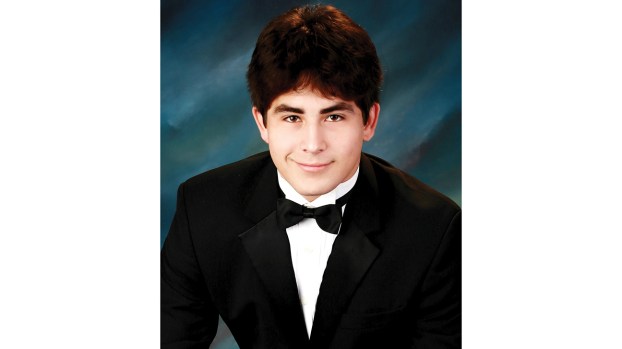 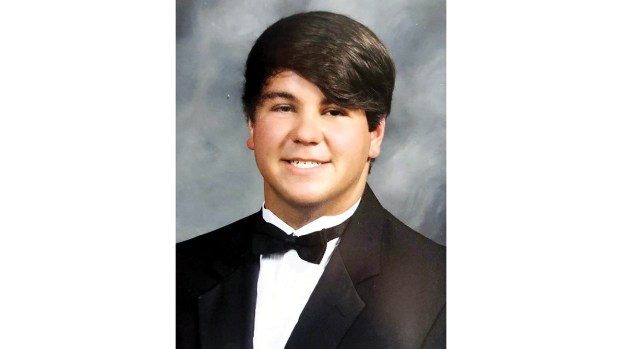 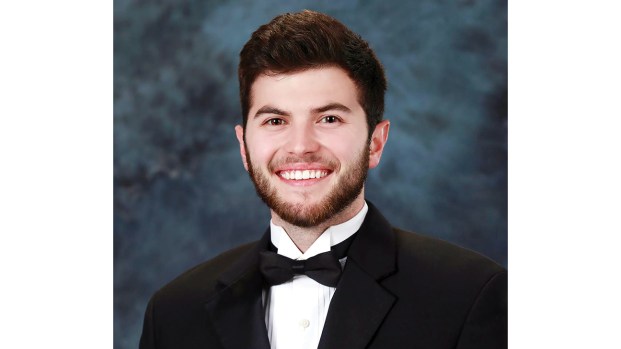 Benjamin Gray Doty is the son of Dr. and Mrs. Don Doty, Sen. Sally Doty and Mr. Pat Nelson. He is the grandson of Mrs. Bettie Burchfield and the late Mr. Charles E. Burchfied and Mr. and Mrs. Joe Doty. Doty is a 2018 graduate of Brookhaven High School where he was a member of the tennis team and played junior varsity soccer. He was an active member of Boy Scout Troop 119 where he received the Order of the Arrow and achieved the rank of Eagle Scout. He is a sophomore at Mississippi State University majoring in mechanical engineering. He is a member of the Kappa Sigma Fraternity, College Republicans and the Student Association. He is an avid mechanic and a licensed private pilot. Doty was chosen for inclusion in The Daily Leader’s “50 People you Should Know in Lincoln County.” He attends First United Methodist Church. His sisters Ellen Doty Gratwick and Sarah Doty both served as maids on the court.

Andrew Floyd Knott is the son of Mr. and Mrs. Shannon Knott. He is the grandson of the late Dr. and Mrs. Thomas Walden and the late Mrs. Norma Simmons. He is a 2018 highest honors graduate of Brookhaven High School where he maintained an all-A record. He was a member of the National Honor Society, National Technical Honor Society and a Mississippi Scholar. He served as FCA president and was voted most athletic and prom king. He played tennis and was an accomplished cross country and track runner. His junior year he became the 5A state champion in the 3200 distance in track and his senior year he became the 5A cross country individual champion where he helped lead the cross country team to a first-ever state championship. He currently holds the record for the fastest half marathon time for a 17-year-old in the state of Mississippi. He holds the rank of Eagle Scout. He received both academic and athletic scholarships to William Carey University, where he is a sophomore majoring in biology and chemistry. He is on the Dean’s list. He is a member of the men’s cross country and distance track team. He received the Southern States Athletic Conference Freshman of the Year award in 2018. Knott attends First United Methodist Church.

He was the recipient of a President’s scholarship to Copiah-Lincoln Community College, where he is a sophomore. He is on the vice-president’s list and is a member of Phi Theta Kappa Honor Society. Jack plans to attend the University of Southern Mississippi in the fall and will be majoring in English. He attends First United Methodist Church.

Gabriel is the son of Mr. and Mrs. Mark Mathis and the grandson of Mr. and Mrs. Meade Mathis and Mr. and Mrs. Frank James. He is a 2018 graduate of Brookhaven High School. He was a member of the Pride of Ole Brook Marching Band and Concert Band. He was honored to receive the Citizenship Award his senior year. Mathis has volunteered many hours of service to the First Baptist Church media ministry and Rock Solid youth organization and recently became an official youth ministry intern. Mathis is a sophomore attending Southwest Mississippi Community College where he is receiving band and choir scholarships with plans to transfer to William Carey University in the fall to pursue a degree in church music ministry. He is a member of the marching and stage bands. He is also a vocal performer and member of the choir. Mathis attends First Baptist Church and is involved with the adult choir and the worship and media ministry team. His father, Mark Mathis, served as an escort on the court and his brother, Jon-Mark Mathis, served as an escort.

Caleb Scott McCreary is the son of Mr. and Mrs. Rob McCreary and the grandson of Mr. and Mrs. Robert McCreary. He is a 2018 graduate of Brookhaven High School where he was salutatorian and STAR Student. He was elected Student Council president and was a member of the 2017 State Champion Cross Country and polymer science teams. He received a National Merit letter of commendation and was a Wendy’s High School Heisman state finalist. McCreary represented Brookhaven High School at the 2016 HOBY Leadership Conference and the 2017 American Legion Boys State. He volunteered over 300 hours of community service and was awarded the rank of Eagle Scout in 2017.

McCreary is a sophomore at Mississippi State University majoring in biological engineering with plans to attend medical school. He is the secretary of the Lambda Sigma National Service Honor Society and a member of the Student Association Judicial Council. He conducts research in kinesiology seeking to create an algorithm to track energy expenditure and improve health in people with Down Syndrome. He attends Faith Presbyterian Church.

William Hunter Moak is the son of Mr. and Mrs. Pete Moak. He is the grandson of Mr. and Mrs. Connley D. Moak, Mr. and Mrs. Edward Dee Smith and the late Mr. Edward Mickey Thornton. Moak is a 2018 special honors graduate of Brookhaven High School. He served as valedictorian of his class, a Mississippi Scholar recipient and a member of the Quiz Bowl Team. He placed first in the Polymer Science Competition and third in the TSA Presentation competition. He was president of the National Honor Society, involved in Fellowship of Christian Athletes and had over 150 hours of community service. Moak was a recipient of the Swalm Scholarship, ACT Scholarship, Dixie Youth Baseball Scholarship and Freshman Engineering Excellence Scholarship. He is a sophomore at Mississippi State University majoring in chemical engineering. He’s a member of the American Institute of Chemical Engineers and was elected Freshmen Representative by peers to serve as liaison between the freshman class and organization leadership, Alpha Lambda Delta, Sigma Alpha Lambda, Society of Collegiate Scholars, received an invitation for the International Scholar Laureate program and President’s list. He was offered a co-op position with Chevron for 2020 — the only chemical engineering sophomore at Mississippi State that was offered this opportunity. He’s attends First Baptist Church.

Trace Coleman Owens is the son of Mr. and Mrs. Chuck Owens. He is the grandson of Mr. and Mrs. Bill Hathorn, Mr. and Mrs. Steve Barnes, Mrs. Millie Owens and the late Charles and Linda Owens. He is a 2018 honors graduate of Brookhaven High School where he was a member of the National Honor Society and was a Mississippi Scholar. He participated in football and baseball. He was active in the Fellowship of Christian Athletes. Trace was presented with the baseball scholastic award and the pitching award his senior season. Owens attended Coahoma Community College his freshman year on presidential and baseball scholarships. He is a sophomore at Copiah-Lincoln Community College where he is the lead engineer of the robotics team. Owens plans to attend Mississippi State University in the fall majoring in construction building science. His father served as an escort and his youngest brother, Trent, served as a trainbearer. His uncle, Tillmon Bishop served at Charity Ball King. He is attends Heucks Retreat Baptist Church.

Levi Vaughn Comstock Smith is the son of Mr. Richard Scott and Mrs. Kathy Marie Smith. He is the grandson of Mrs. Sue Marshell Smith and the late Mr. William Terrell Smith. Levi is a 2018 graduate of Brookhaven Christian Academy. He was a member of the Junior Historical Honor Society, Science Club and Fellowship of Christian Athletes. He played on the football, baseball and soccer teams. He participated in the 2018 MAIS All-Star game for football and a state championship victory in baseball. Smith is a sophomore at Copiah-Lincoln Community College majoring in automation and controls technology. He is a scholarship recipient as a member of the cheer squad and has cheered for two years. He attends Easthaven Baptist Church.

Logan Hamilton Smith is the son of Scott and Heather Smith. He is the grandson of Mr. and Mrs. Hamp Smith and Mr. and Mrs. Don Palmer.

He is a 2018 graduate of Brookhaven High School and a Mississippi Scholar recipient. Smith was the recipient of an ACT scholarship, the Greenbriar MS Scholar Scholarship and the Entergy Mississippi Incorporated Excellence in Education Scholarship. He was a varsity high school football player for two years, member of the varsity powerlifting team for three years and was a member of the Fellowship of Christian Athletes. He was active in the Easthaven Baptist Church youth group and participated in several local missions projects during his junior high and high school years. Smith is a sophomore at Copiah-Lincoln Community College. He will graduate in May with an associate’s degree in automation and control technology. He completed a summer internship in his field of study with Southern Diversified Technology. He attends Easthaven Baptist Church.

Jon Taylor Thames is the son of Jon and Missy Thames. He is the grandson of Mr. and Mrs. Donald Lewis, Mr. and Mrs. Jim Thames and Ms. Patricia Lewis. He is a 2018 graduate of Brookhaven High School where he was a Mississippi Scholar recipient. He was voted Most School Spirit and was vice president of Red Nation. Thames was a Homecoming escort and participated in the annual homecoming production. He was a member of Fellowship of Christian Athletes and he was on the golf team where he received the Most Improved Award. Thames is a sophomore at Copiah-Lincoln Community College where he is majoring in business. He is a member of Student Government Association and Phi Beta Lambda. He is a Trailblazer and a cheerleader. Thames has volunteered with the Barkfest car show for Brookhaven Animal Rescue League and served as a Vacation Bible School volunteer. He has played guitar for LLL group at First Baptist Church and for Community Coffee Club at The Aspen of Brookhaven.