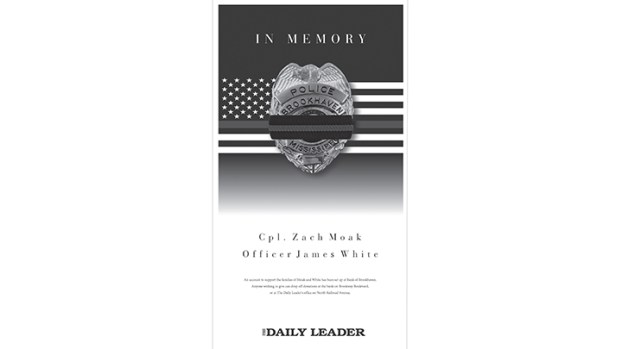 The Daily Leader also earned second place for advertising excellence among the Class C dailies in the contest.

The Natchez Democrat, a sister publication of The Daily Leader in Brookhaven, earned first place in advertising excellence among Class A/B daily newspapers.

The Natchez Democrat’s also took first place among all daily newspapers in the state for its publication, Natchez The Magazine.

Luke Horton, former publisher, earned Advertisement of the Year 2019 for an “In Memory” page he designed to remember Cpl. Zach Moak and Officer James White.

Advertising Director Kristi Carney earned first place for best institutional ad for her design of the Goin’ To Town Car Show and for an ad promoting the Chamber’s Christmas Parade.

Other awards won by The Daily Leader staff include:

• Kristi Carney, third place for All You Can Eat Breakfast

Brookhaven firefighters are ready to put their boots down in new digs. Work should be completed on the North First... read more