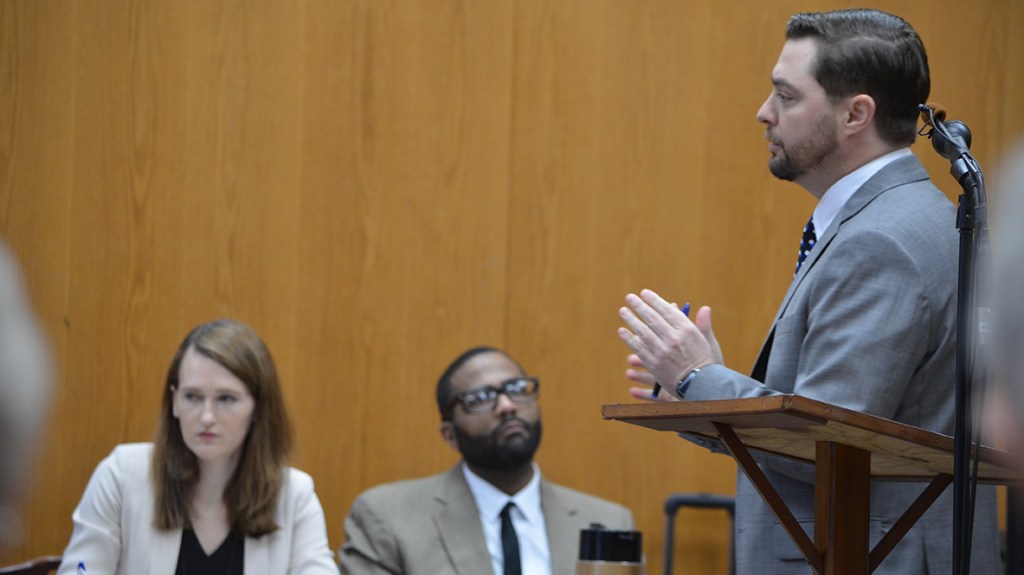 Instead of the orange jumpsuit, handcuffs and ankle chains he’d worn for the past two years of hearings, the jury saw him in a Matlock grey suit, black tie and glasses.

For the next two weeks, the 12 jurors and three alternates picked in DeSoto County could hear testimony from more than 70 witnesses, see dozens of autopsy photos of the eight victims and photographs of the aftermath of shootings at three separate crime scenes in Lincoln County.

Five hundred letters were sent to potential jurors in Desoto County in North Mississippi and after four days of questioning, attorneys selected the panel that will determine Godbolt’s fate.

The jury of Godbolt’s peers includes 11 women — nine white and two black — and a white man.

The women include two stay-at-home mothers, 35 and 36; a school counselor, 33; an electric company business manager, 46; a payroll clerk, 53; a retired FedEx worker, 62; and IT administrator, 47; a mental health worker, 24, a church office administrator, 41; a customer service agent, 65; and a county school education assistant, 37. The man is a 53-year-old warehouse worker.

During the trial, the jurors are sequestered. They are in private rooms at a McComb hotel and they’re taken to breakfast by court bailiffs. They’re not allowed to watch the news, read the newspaper, use the Internet or talk to anyone about the trial, including each other until deliberations.

Their lunches are catered each day and they’re taken to dinner each night.

They are not allowed to take notes during the trial, only sit in a cold courtroom and watch as the state attempts to prove the charges against 37-year-old Godbolt are true — four counts of capital murder, four counts of murder, one count of attempted murder, two counts of kidnapping and one count of armed robbery.