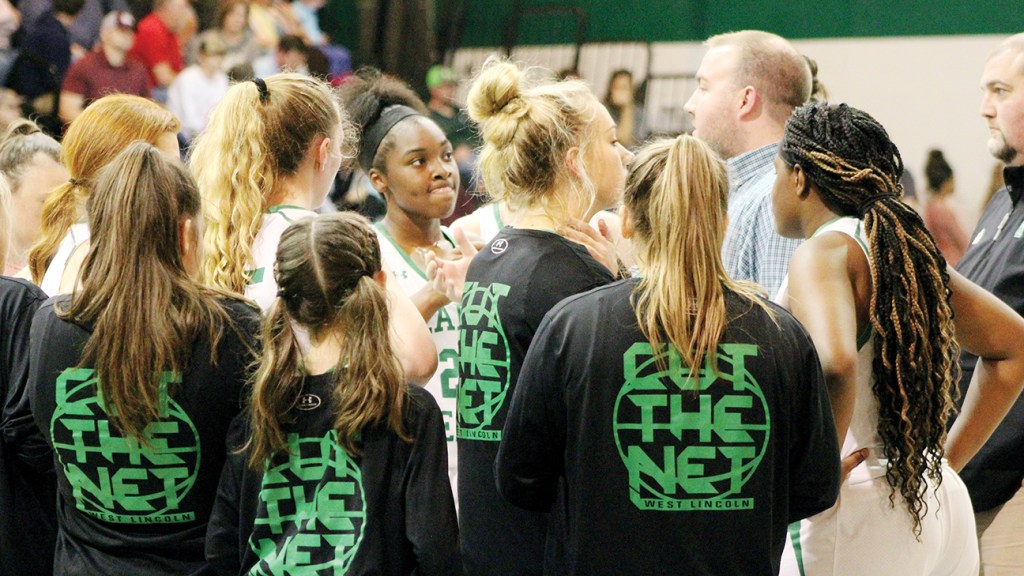 Daily Leader file photo The West Lincoln Lady Bears will be back at home Friday at 6 p.m. when they host Union for a MHSAA 2A second round playoff matchup.

Four West Lincoln Lady Bears reached double figures Monday night as the green and white had little trouble with visiting Enterprise-Clarke in their MHSAA 2A first round matchup — a game won 85-49 by WL in Jack Case Gymnasium.

Freshman point guard Kara Beth Addison led the Lady Bears with 21 points in the win as she also used her quick hands to dish out eight assist and grab eight steals.

The Lady Bears only led 19-15 after the first eight minutes but turned up the pressure to grab a 37-23 halftime lead.

Union finished as the second-place team in Region 6-2A behind defending 2A state champion Newton.

“Kara Beth, Bailey and Britney all had big nights to get us going,” said WL coach Brooks Smith. “Bailey hit some big 3-pointers for us early on and we kind of went from there. Proud of the win and we’ll try to do it again on Friday.”